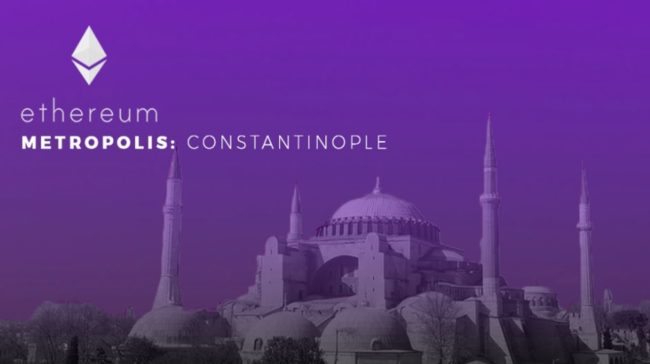 Ethereum’s developers decided to activate the Constantinople hard fork on the crypto platform’s network at block number 7,080,000. But It’s important to note that this is only set to happen if Ethereum’s community members will vote to move forward with his update.

Afri Schoedon, the release manager for the Parity Ethereum client, said that the upgrade would probably go live between January 14 and 18.

The upgrade was initially scheduled for October, but then it was delayed to November.

But, due to more issues regarding the code changes that took place during the testing, Ethereum’s developers decided to activate Constantinople toward the end of January 2019.

The hard fork upgrade will make changes to Ethereum’s economic policy which is partly focused on delaying “difficulty bomb” for about 12 months. This process is called the Ethereum Ice Age.

All the changes that will come to the Ethereum blockchain’s codebase will reduce miner rewards from 3 ETH to 2 ETH per block.

According to Cryptoglobe, “ProgPoW aims to prevent miners from using specialized mining hardware such as ASICs. Although the ongoing development of ProgPoW has been steady, Ethereum’s development team has not yet decided if and when this modified consensus algorithm will be activated on the Ethereum network.”

Ethereum was in the spotlight recently after Fundstrat co-founder, and analyst Tom Lee said that he believes that ETH and XRP have staying power.

“I think the other thing is to realize that some of the crypto projects are probably hopeless. But things like Bitcoin and Ethereum or XRP have staying power,” he said.