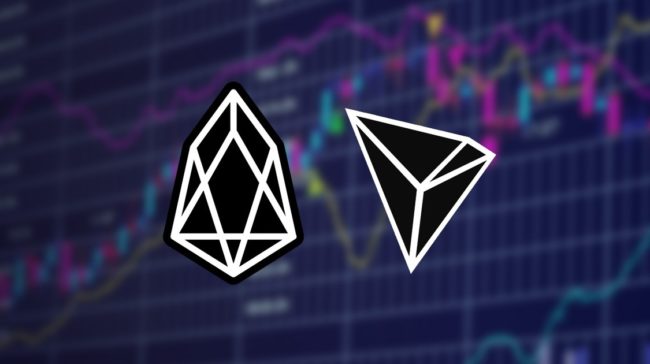 Justin Sun has some pretty bold plans for Tron in 2019 and considering that most of his plans for 2018 ended up becoming a reality, things are more than optimistic this year as well.

2019 is expected to be the year of mainstream adoption for cryptos.

TRX is looking at a bullish trend, according to crypto experts

According to the crypto experts, Tron can expect a successful 2019 for its digital asset TRX. This would be a breeze of fresh air after the bearish 2018 which has been affecting all the digital assets.

The long-term outlook is a bullish trend. The bulls seem to be on their way back after the price dropped to $0.01920 in the demand area on 1st January.

Tron revealed its plans to overtake EOS regarding the number of dApps that are on the network by the end of January.

At the end of 2018, in December Tron was reportedly already hosting 83 dApps, and the network is aiming pretty high now.

They plan to overtake EOS in terms of dApps amount by the end of this month. It’s also i9mportant to note that EOS hosts 259 dApps on its own network.

TRC10 token's name will no longer be unrepeatable after Jan 5 2019, 6:00:00 AM UTC. From that time going forward token ID will be the only identifier. For more details please check the announcement in the link. #TRON #TRX $TRX https://t.co/qTdNa5UnzL

Work on the Tron wallet

Other than this, in their weekly report, Tron made sure to highlight that they have completed the work on the wallet regarding token name duplication and the team continue with the testing of multi-signatures.

Tron’s latest reports also talk about various developments which include the fact that the proposal no. 13 which has been submitted by the Tron Founder Justin Sun has been approved. This means enhanced energy on the network to 100 billion.

Considering all these developments and price predictions coming from crypto experts for 2019, now would probably be the best time to invest in TRX if you haven’t done it so far.