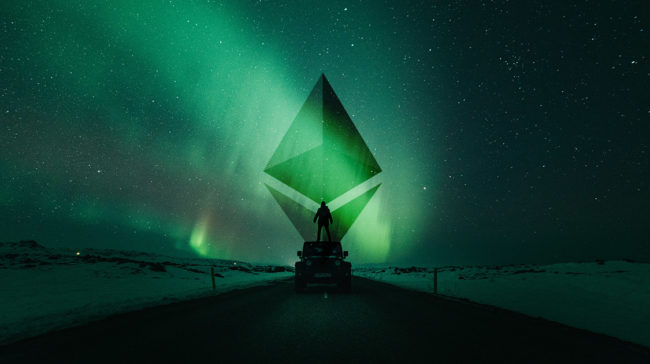 Ethereum (ETH) is currently trading in the red on CoinMarketCap, just like most important digital assets.

2018 has been a pretty tough year for the market and investors became worried after witnessing the seemingly neverending bearish trend and the market’s fall at the end of the year.

But, hopefully, this will be a better year regarding the value of tokens and adoption of crypto and the blockchain technology as well.

Investors are usually seeing ETH as an ideal investment in the long run. Application of the token and usability are two vital issues when it comes to making price predictions.

This makes the coin stand out as it brings something new compared to other digital assets.

2018 has been called a correction year, a year which made sure to separate the useless coins from the innovative ones with real useful use cases.

Smartereum notes that there is a high probability ETH’s value will rise sooner rather than later.

ETH is set to boost its value

Smartereum notes three main reasons for which ETH could surge in the future. Here’s why such bold predictions about the coin’s value are possible:

In other news, it’s also noteworthy that Forbes listed four best cryptos to choose in 2019, according to Forbes: ETH, XRP, TRX, and Apollo.

“Interest in Ethereum also comes from businesses and organizations that can deploy their own Ethereum-based blockchain within the private or consortium model,” Forbes noted in the same article.