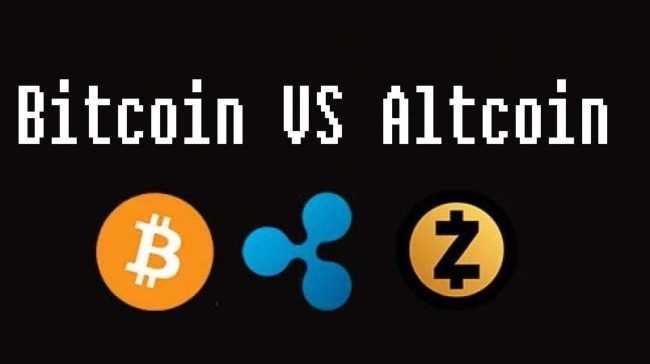 There is a wide range of cryptocurrencies you can choose from if you want to begin investing your money in them. Bitcoin and Altcoin are two of these cryptocurrencies that are worth investing in. However, one of them is less risky. Before offering either Altcoin or Bitcoin that title, you should keep in mind that Altcoin is bought with Bitcoin and as its value is expressed in dollars and not in BTC, you should not worry about BTC’s price dropping. For example, if you want to invest in Altcoin using one Bitcoin which cost you $2700, you will receive Altcoin not worth 1 BTC but worth $2700.

Below you can find a few categories of advice that will undoubtedly interest you if you are looking for a destination for your investing money.

Before investing in Cryptocurrencies, you should decide an amount that you would not cry after if you lose it, and use that. On a daily basis, there is a vast fluctuation which means that one day you might be poor and one day you might be rich. In 2011, before reaching $100, Bitcoin fell from $34 to $1. You should not invest if you are not ready to lose money, but the risk might be worth it.

When it comes to choosing between Altcoin and Bitcoin, you should keep in mind that Altcoin grows quick and tremendous while Bitcoin is a safer option. Many Altcoin even grew in 8 months around 1000%. This sounds great, but the risk is as high as the profits. This is what makes Bitcoin less risky then Altcoin. It has a stable drop and growth while Altcoin’s are exponential.

Real Life Instance Based on Statistics

The good returns that Bitcoin promises come after some waiting since you had invested.

Our Catch on Bitcoin vs. Altcoin Investment

For example, you can purchase 1 Bitcoin for $2500, while for the same amount of money you invest on 12 Ethereum. You will be making $250 with no effort if the price of 1 Ethereum goes up by $25. When compared to Bitcoin the profit margin can be higher if you invest on other cryptocurrencies. In a week, an Altcoin that costs $2 can rise by $1 and if you have a quantity of 10000 imagine how big that profit would be.

The stability rate of BTC is better in comparison to other cryptocurrencies as it would raise $300 after a year since you invested $10000. BTC does not require day to day monitoring as the fluctuation is low, but in Alcoin’s case, it is extremely fast, its value changing day by day and even hour by hour. In just a week the hole market can go upside down. Before investing in Altcoin, you should analyze the situation really thoroughly.

No matter the cryptocurrency you choose, the risk never leaves your side. If you want to help your predictions, you should analyze the fall and growth graphics. However, no matter how could you are at doing so, you can always end up with your hands empty or extremely full.