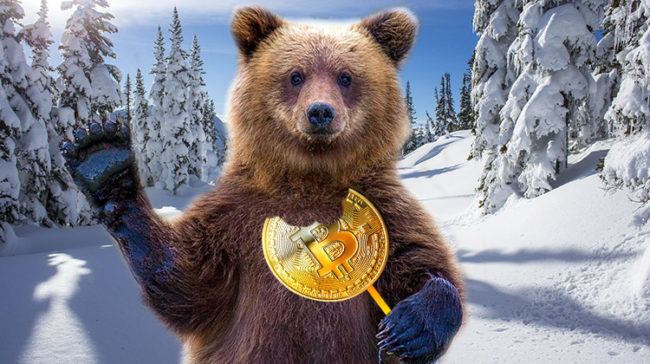 Bitcoin was hit by the most significant fall back in 2018 when the whole cryptomarket experienced a sort of apocalyptic loss in market cap.

The whole year has been under the spell of a bearish trend, and even if crypto experts hoped for a better 2019, it seems that the bears refuse to leave.

JP Morgan believes that BTC could drop even more

There’s a new report coming from Reuters that reveals JP Morgan’s thoughts on the matter. The analysts expressed their worries about Bitcoin.

Jamie Dimon is the chief executive of JP Morgan, and the man has never been shy when it came to expressing his opinions on Bitcoin. JP Morgan’s latest report on crypto and the blockchain tech doesn’t seem to bring any good news.

The experts basically say that crypto and the blockchain will not impact the financial system for the next 3 to 5 years.

More than that, Ethereumworldnews reported that “Bitcoin, is limited, noting that such digital Mediums of Exchange (MoE) and Stores of Value (SoV) would only be truly viable if the gold, U.S. fiat, and other government-issued currencies collapsed.”

The original report notes that “Even in extreme scenarios such as a recession or financial crises, there are more liquid and less-complicated instruments for transacting, investing and hedging.”

The report also says that BTC could find support at $2,400 but it could fall below $1,260 if the bear market continues.

NASDAQ predicts BTC will become the global currency of the future

On a brighter note, NASDAQ CEO Adena Friedman shares a post on LinkedIn in which she’s explaining that crypto and Bitcoin are tremendous innovations that genuinely deserve to be a part of the global economy.

“We would argue that two key ingredients to establishing a practical utility and a more stable value are governance and regulatory clarity – both of which are antithetical to the original intent as a decentralized, ungovernable global currency,” she said.