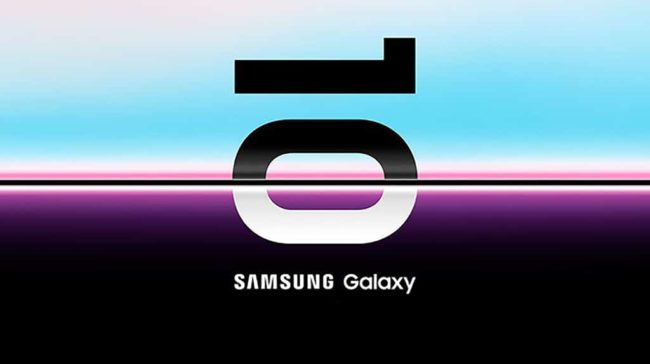 Samsung Galaxy S10 is the much-awaited new flagship that is on its way to us. The smartphone has been awaited by tech junkies with tons of enthusiasm since last year, and the amount of rumors that have been floating around the device is quite impressive.

The latest one has managed to impact the crypto community as well because it could support mass adoption.

After the bearish 2018 which separated the useless and unoriginal coins from the valuable ones, crypto experts have been saying that 2019 will be the year of mainstream crypto adoption,. Judging by this latest news, they might have been right.

Samsung Galaxy S10 might come with a crypto wallet implemented

Some of the phone’s features have been leaked by various sources. Coinspeaker reveals that “the screenshot from the source for this leak has a converted height to width ratio of 2283 pixels by 1080 pixels. The device will feature two front-facing cameras.”

The most impressive leaked feature that triggered a massive wave of excitement in the crypto community is Samsung Blockchain KeyStore that seems to be a blockchain wallet.

This can reportedly act as a secure place to hold your digital assets, and it can enable users to own total control over their private keys and cryptos.

It’s also reported that users can create a new wallet.

Humble opinion: if Samsung integrates crypto to Galaxy S10, I think it may have a bigger impact than ETF and Bakkt combined.

Partially because no one really knows what kind of exposure ETF / Bakkt will bring meanwhile millions of people use Samsung phones daily.

If Samsung’s next flagship comes with a mobile crypto wallet implemented, considering the success that Samsung has with its smartphones, this would definitely trigger more crypto adoption.

The Galaxy S10 will be revealed on February 20 during the annual Samsung Unpacked event.