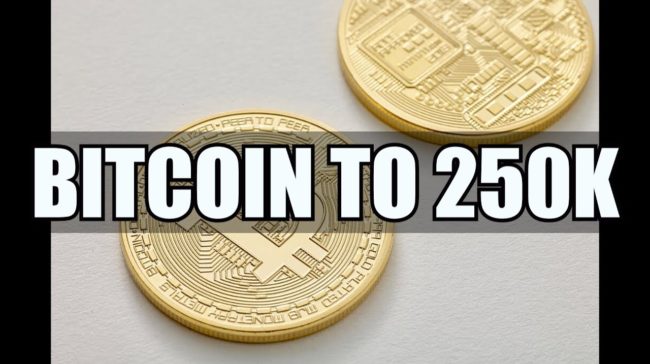 This year’s predictions on Bitcoin’s price are either very shy or extremely bold.

The most recent one comes from the author of a 2013 book that’s called “Bitcoin Explained Simply,” Mark Jeffrey.

Jeffrey predicted that BTC would hit a quarter of a million dollars after the token would reach something that he calls “the third act.”

During The Next Billion Seconds podcast, he compared the crypto bear market to the crash of the dot-com bubble that began to burst back in 2000.

“I think this is very much like the dot com boom and bust cycle that we saw in the late 1990s, early 2000s. We’ve just gone through the analog of that cycle in the crypto universe in a compressed time frame,” he said.

Jeffrey continued and explained that “I think people got very over exuberant and probably extended themselves a little bit too far, and then they got scared. And don’t forget that the [traditional] markets have also experienced a lot of crashing and volatility, so it’s not isolated to just crypto. So I think that is affecting the crypto universe to a certain degree.”

He also said that this is not at all the end of the story, but only the second act and the third one is yet to come.

Tom Lee also has a bullish forecast for BTC

Fundstrat’s co-founder and head of research also has great predictions for Bitcoin by the end of the year. In a tweet, he presents his thoughts and motivations for which BTC is set to surge by the end of 2019.

CRYPTO: we see 9 incremental improvements in the landscape that ultimately support higher prices.

On the other hand, it’s probably important to note that he predicted BTC bulls back in 2018 which never became a reality as you all know.

The market has been bearish throughout the year, and towards the end of 2018, the coins crashed terribly.