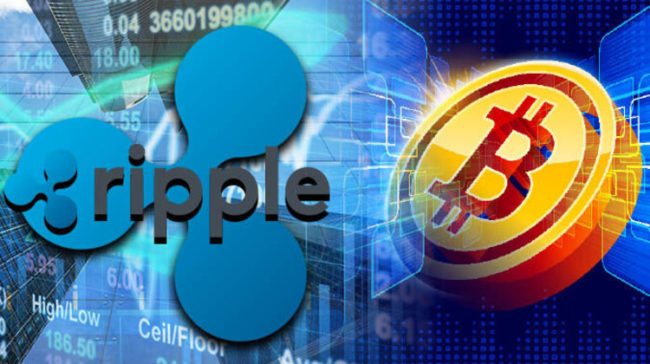 Ripple and Bitcoin have been compared various times in order to see which one has more use cases.

Ethereum’s Vitalik Buterin basically says XRP is better than Bitcoin (BTC). He recently tweeted a comparison between BTC and XRP and this was in a reply to a tweet that has been posted by software engineer Pierre Rochard.

Bitcoin is more vulnerable to attack than XRP

Ripple CTO David Schwartz has just stated that he believes BTC is more vulnerable to attacks compared to Ripple’s XRP.

He issued a response to a tweet that came from the Unhashed podcast co-host Ruber Somsen who was asking if the XRP Ledger can be exploited.  Below, you can see the exchange of messages.

Schwartz said that this kind of attacks on XRP could be mitigated in software and these are minimal issues compared to Bitcoin’s flaws and vulnerabilities.

Oh wow didn't know that. This seems very dangerous. Couldn't validators just collude to create more blocks and push them onto the network at once, effectively instantiating a new state?

“No blockchain that I know of has better protection against a hostile majority attack than the XRP Ledger does. Bitcoin will happily allow double spends if the majority of mining power is in hostile hands…” he said.

A 51% attack means that a miner or a mining pool is taking control by gaining over 50% of the network hash rate, according to The Daily Hodl.

WinRAR exploit can steal your crypto

Speaking of Bitcoin attacks we recently reported that there was a very worrisome Reddit thread that caught our attention, and we strongly recommend that you consider it as well.

Yesterday, a Redditor issued a severe warning regarding a WinRAR exploit and the news is confirmed by Ars Technica.

This severe issue is just another red flag suggesting that you should definitely use a cold or hot wallet system with a separate computer that won’t be connected to the Internet. This will help you keep your Bitcoin and crypto safer.