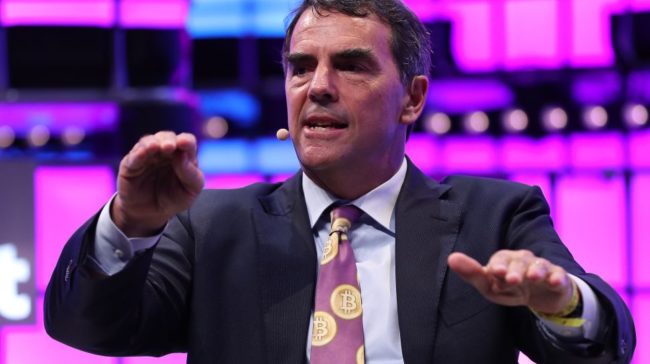 Bitcoin-related predictions are surging these days, and they seem to become more and more bullish.

The latest one comes from Bitcoin bull, the mogul Tim Draper and it’s probably the most bullish prediction yet.

It might seem too far-fetched for some, but this is something that has the potential of becoming a reality according to Draper.

During an interview posted by YouTube TheBitcoinofCryptoStreet, he explained the reasons for which he believes that BTC and crypto will someday rise above the fiat currencies.

Draper continued and explained that “over some period of time, and I don’t want to go into it in too great of depth, but at some period of time the cryptocurrencies will eclipse the fiat currency. So we’re looking at about 1,000x on what we’ve got now.”

Anyway, if the total market cap were to rise by 1000 times, this would mean that one Bitcoin would be priced at $4 million.

Draper did not give an exact time when such a thing could become possible, but he did seem convinced that it will definitely happen one day.

He said that crypto is poised to outperform fiat currencies.

Draper is also bullish in terms of mass adoption.

A while ago he told NBC Bay Area that BTC and crypto would become the norm at Starbucks in a few years, as reported by The Daily Hodl.

2019 is expected to be an excellent year for crypto in terms of prices, and mass adoption is expected as well.