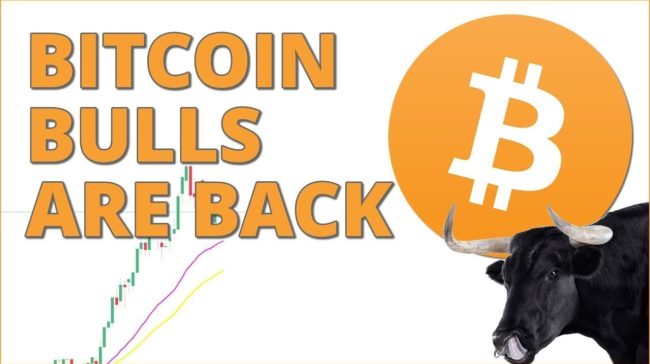 The past two days have been very exciting for crypto enthusiasts because they seem to prove that we’re definitely out of the long crypto winter, just like Tron’s Justin Sun has recently said.

The bulls are finally here are all the coins are rallying like crazy. Bitcoin managed to reach $5,106 on Bitfinex in just two hours, and the excitement keeps surging as well. This was a new all-time high for 2019.

Crypto enthusiasts have been keeping their fingers crossed for XRP, and other coins.

During a single day, investors have added about $15 billion to the crypto markets. Currently, the total market cap is over $172 billion, and the BTC dominance is 50.6%.

Since April 1st when the market cap was about $144 billion, until today, there have been added about $28 billion.

Here are three of the most notable potential reasons for which the bulls arrived.

Mati Greenspan is a senior market analyst at eToro and said that the BTC rally which managed to push the price of BTC to an all-time high for 2019 is, in fact, an organic move.

“The movement has been building up for a few months now since the mid-December lows. We saw a bit of value investing where some of those cryptos were surging. Some of them have doubled, tripled or even quadrupled in value since then, whereas Bitcoin has been a bit more stable.”

This is the second assumption regarding bulls. The CEO of crypto firm BCB Group said that BTC’s surge has been triggered by a single BTC whale in an effort to buy about $100 million worth of BTC across three crypto exchanges.

I guess this was true. Plenty of money ready to jump in, and in full FOMO mode.

Everyone will be in Crypto. Don't get left behind! https://t.co/rfvRS7uhGK

Changpeng Zhao said that the BTC surge is showing the lots of big money is ready to jump in the crypto market.

Zhao posted on Twitter that his previous prediction which claimed that more money is parked in pseudo fiat than most crypto tokens combined appears to be legit.