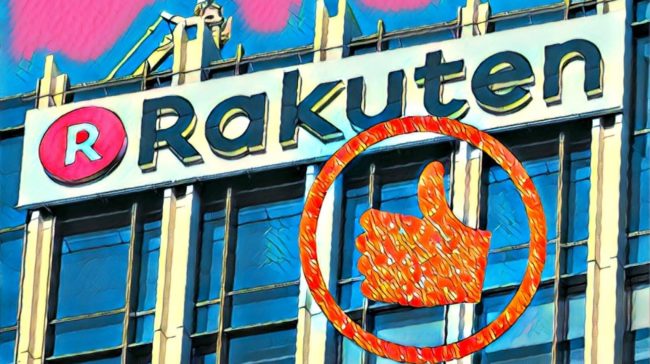 This year has been flooded with lots of Bitcoin-related predictions. Most of them have been quite bullish, and the April bulls which came to the market and boosted BTC’s price over $5,000 brought a more intense positive sentiment and these predictions only intensified.

Binance’s CEO Changpeng Zhao also said that the FOMO mode had been activated and a wave of institutional investors is expected to hit the market sooner rather than later.

Also, this year, crypto mainstream adoption is expected this year, and there have been a lot of movements in the industry that have definitely supported this considerable goal.

The next bull run

Rakuten which is known as the Japanese Amazon is a massive online retailer that has been working in e-commerce, media, online banking services and more has been expanding rapidly.

It was reported that Rakuten has become interested in BTC and crypto.

Back in 2018, Rakuten’s reps have assumed that BTC payments are going to become more popular in e-commerce in the future.

UToday reported that Forbes believes when Rakuten will start accepting BTC completely, this will trigger the next bull run and it will push the crypto market forward.

Rakuten gears up to launch its exchange

The crypto exchange that Rakuten is gearing up to launch will be called Rakuten Wallet according to the latest reports.

The Japanese giant is currently allowing users to register on the platform via a Rakuten bank account or by having an ID number. Ther exchange is reportedly scheduled for launch sometime during this summer.

Another move that’s expected by the whole crypto community and that could definitely bring the mass adoption of digital assets is Amazon accepting Bitcoin and crypto.

This would make the crypto community’s dream come true. Rakuten’s move is expected to become a precedent and more retail giants including Amazon will follow the same path.