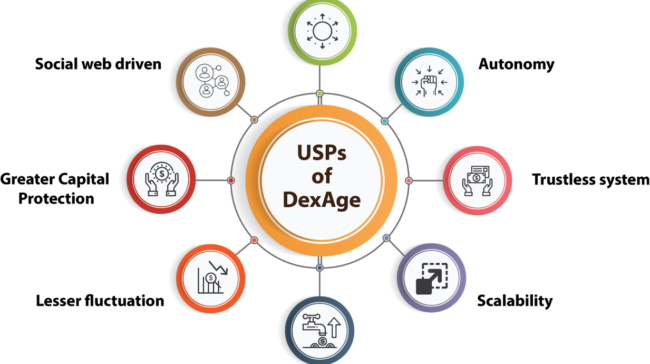 The DexAge decentralized exchange is a new autonomous and self-sustainable system, fueled by the social connection between traders and investors who use the platform. DexAge’s trading model capitalizes the power of users and channels it creating feedback synergies. The DXG platform combined with its dApp makes it possible to run in a decentralized framework; an approach that is gaining followers in the community. An online environment designed to enable several functions as described below. Operators, users, and investors find a new competitor in which to exchange and lend cryptographic assets.

Also, it offers an interface enriched with other nuances to enhance the use of decentralized wallets in day-to-day operations. No need for multiple registrations, or cede personal data to various third-party organizations. This is one of the premises that DexAge fulfills. In the ecosystem and through dApp, users can communicate and share their ideas. Or perhaps, share knowledge by chatting with each other before closing a business transaction.

The cases of use are multiple, in an increasingly digitized global environment in which companies and people interact with each other. A daily example is meetings, webinars, and talks through other well-known applications. Whether decentralized or centralized. The single, centralized authority model that controls the entire system has become obsolete. Since the founding team of DexAge, this sentence has been assumed, and power is given to the shareholders of DexAge. This kind of decentralization of power makes them the primary force influencing growth and development. You can join the telegram community at the following link.

However, they avoid being an easy target. In a menu combining decentralised deposit services, p2p chat, and DEX, commissions are reduced to a minimum. This saving, compared to traditional loan systems, will generate economic equity. The elimination of such costs without intermediaries encourages all parties to feed liquidity and demand loans 100% crypto.  The platform, led by Preciuous Kenneth W. and Suano Neenwi, joins the list of emerging companies in the Blockchain sector. The characteristics described in the documentation go beyond the conventional trade of a centralized cryptocurrency exchange.

Trading in the traditional way will be the primary function. However, a few implementations added by the development team will facilitate the exchange through custody between peers; decentralizing each feature. It will also show that escrow trading (Mainnet) will be launched in the second week of May, while other DexAge projects will follow the initial suite later.

For those interested in participating in the initial sale of DXG there are multiple avenues. The fixed value for the Token is $0.01, so the opportunity to join with the 1000% discount is attractive. During the writing and publication of the article, it is sold at $0.001 (US Dollar – USD). Once the initial offer is finalized and all launch requirements have been adjusted, activities begin. The DXG token will start shooting in the second quarter of the year a few weeks before the platform is released. It can be seen on its roadmap, which are the first two priorities for the year 2019 full of expectations.

Transactions carried out on the decentralized platform, whether for trading or lending, have been designed to be coordinated by decentralized deposit services. This point is developed based on secure, intelligent contracts in the blockchain. For information on this point, we recommend reading the White Paper carefully.

Through the use of referral schemes, staking, voting rights, and portfolio diversification, the platform will empower its stakeholders and lead to its mass adoption.

The loan market is expected to generate several benefits; in principle, it encourages keeping tokens in stakeholder ownership. This movement creates temporary scarcity by temporarily removing them from circulation. On the other hand, the demand for credit generates cases of use and application of the platform token. This creates a speed of money that is expected to enjoy an excellent performance while waiting for feedback and solve small errors.

Since the core team of DexAge has confirmed the agreement for the listing in LAtoken. So after the sales and finished the Bounty/Airdrop deals of the DXG token will be negotiated in LAtoken. In addition to LAtoken and Bitcratic (DEX), it is progressing that negotiations are currently underway with other exchanges/bags for the upcoming listing of the DXG token. 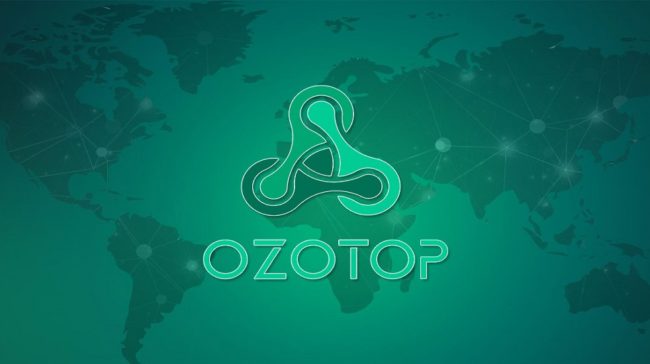 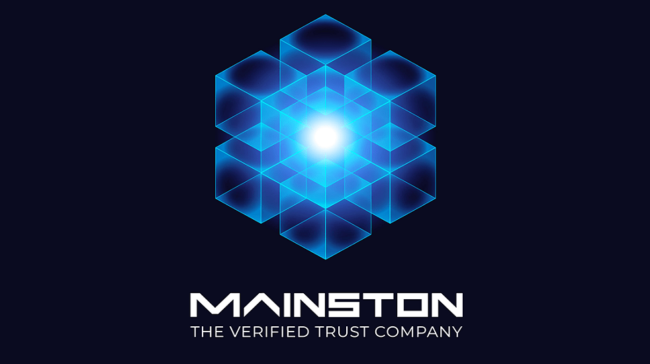 How can Mainston’s blockchain help improve networking for business? 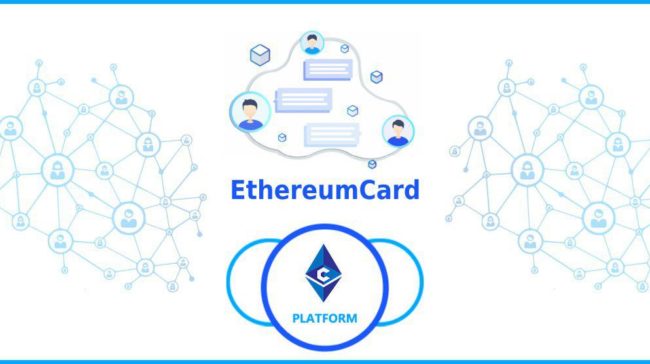 Inverse transactions in the blockchain with EthereumCard 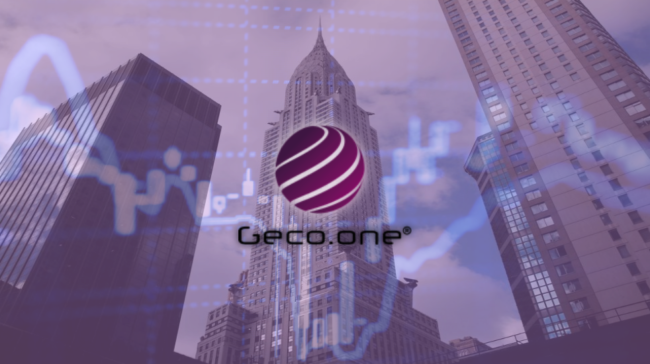 Geco.one, the nexus between experience and liquidity