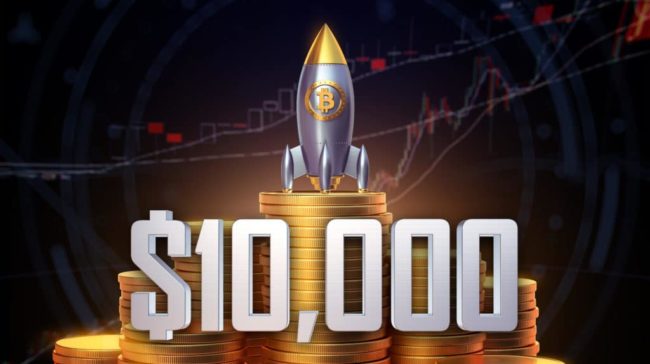 Bitcoin has been witnessing a parabolic run and it managed to surpass more psychological levels extremely easily. It even hit the $8,000 level and the most important crypto in the market is now priced at $8,117.43 and still racing.

According to the online publication NewsBTC, there’s FOMO in the air and investors are currently realizing that there’s no chance that they can buy BTC at low prices and they understand that they missed the opportunity, and now they have to purchase BTC at higher prices.

The same online publication writes that once BTC hits $10k, the FOMO will spread to the public.

NewsBTC believes that as the market realizes that the bulls are back there will be a strong FOMO that will hit the market.

But what has been seen so far will pale in comparison to a break of $10,000, which some believe is the important psychological price point that’ll cause the rest of the world outside of the crypto market to take notice of the leading cryptocurrency by market cap once again,” according to NewsBTC.

Fundstrat co-founder Tom Lee also believes that $10k is the price that triggers the FOMO even from the people who laughed when BTC fell by 90% and who said back then that it was the end of crypto for good.

At what price will see FOMO from those who gloated about 90% crash in $BTC?

My SWAG is $10,000 is price that causes FOMO from those who saw #bitcoin as dead forever.

POLL:
At what price do we see FOMO?

There have been tons of BTC price-related predictions during 2019, and almost all of them have been bullish. Now, seeing the coin race the way it does, you come to think that they might have been right.

There have also been some forecasts that might have seemed a bit far-fetched but who knows… For instance, the latest prediction worth mentioning comes from Morgan Creek Digital CEO.

Mark Yusko has been expanding on his forecast that Bitcoin will surge to $500k.

Yusko has an interview with BloxLive TV, during which he said that this prediction is based on Bitcoin’s scarcity and the advantages that the coin holds over gold. He said that BTC will hit $500,000 in about ten years.