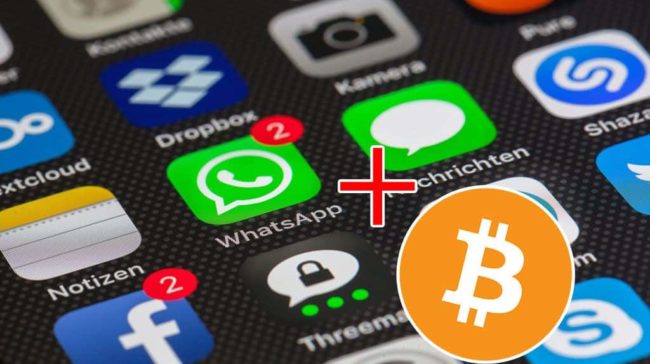 This may turn out to be the year of mainstream adoption for cryptocurrencies, and so far, there have been a lot of moves in the crypto space that are supporting the goal.

WhatsApp also seems to be supporting this movement, and from now on, users will be able to send and receive BTC, LTC, and ETH via the popular platform.

This achievement is possible due to Lite.Im bot.

This will make sure that the crypto transaction process becomes much easier and bring digital assets closer to people.

Bitcoinist online publication reported that Zulu Republic published a tweet on May 19 in which the digital platform revealed that its crypto messaging platform Lite.Im has implemented the easiest way of sending and receiving digital assets via WhatsApp.

All that users will have to do in order to send BTC or LTC is to add the Lite.Im WhatsApp bot and then, they will simply have to follow the prompts that pop up on the screen.

According to Oracle Times, the service also supports transacting ETH and ZTX which is the native token on the Zulu Republic platform.

The announcement triggered a lot of excitement in the comments section on Twitter and the XRP army made sure to say that they want XRP to be on board with his as well.

XRP was recently in the spotlight again after Spend.com released an upgrade for the Spend Wallet app that allows transactions via Apple Pay with more than 16 digital assets including Bitcoin (BTC), Ripple’s XRP, Litecoin (LTC) and Ethereum (ETH).

Spend Wallet app’s users will be able to gain access to Apple Pay after they add their physical or virtual Spend Visa cards to the platform.

XRP has also been integrated into WooCommerce, Gmail and Microsoft Outlook and all these moves are supporting the adoption of the coin.