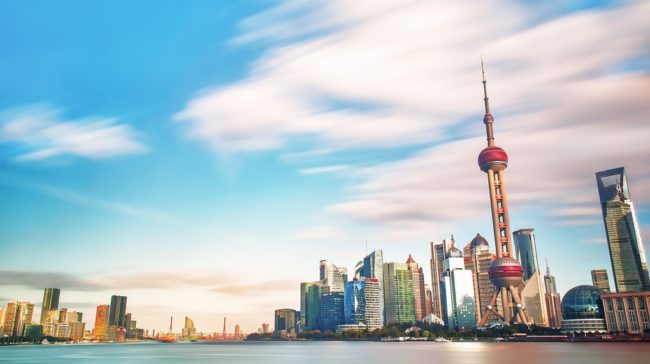 In May 2018, Chinese President Xi Jinping signaled China’s acknowledgment of the incredible potential of blockchain, internet of things and artificial intelligence to revolutionize the global economy and disrupt the balance of economic power in the world.  At a speech at an annual academic conference hosted by the Chinese Academy of Sciences he declated: “Ever since the start of the 21st century, a new generation of industrial revolution is substantially reshaping the global economic structure … with artificial intelligence, internet of things and blockchain constantly making application breakthroughs.”  It is clear by words and actions from the government, academia and the private sector that China would not be a casual observer to this phenomenon, but play an active part as a leader of this technological revolution.

China accounts for about 25 percent of all global blockchain projects, 263 in total, according to figures from Beijing-based data service provider Blockdata.

According to Deloitte’s 2018 global blockchain survey, as reported in China.org’s English-language news site, almost 50 percent of respondents in China said the technology was already being used in their organization, compared to only 14 percent in the United States.

China’s top tech companies have been unveiling a number of new blockchain initiatives over the past year.  In February, Baidu, a leading Chinese search engine and web services company, launched its Baidu Blockchain Engine (BBE), an operating system designed to facilitate decentralized application (DApp) development.  Of the 406 patent applications related to blockchain in 2017, Alibaba had 43, second only to People’s Bank of China.  Alibaba’s payments division, Ant Financial, is launching two blockchain affiliates to focus on fintech. In late 2018, Alibaba Cloud, the cloud computing division of Alibaba Group, announced the launch of Blockchain as a Service (BaaS).  Tencent is also moving into blockchain, with a recent move into insurance and fintech solutions (perhaps as a response to Ant Financial) and a blockchain-based online video game, called Let’s Hunt Monsters, similar to the global gaming sensation Pokémon Go.

In addition to China’s largest tech titans, smaller players are making a splash in the blockchain space.  MATRIX AI Network, a company registered in Hong Kong with offices in Beijing, is launching an intelligent, open-source, new generation blockchain that aims to solve major challenges currently constraining the development and adoption of blockchain technology, by integrating the latest artificial intelligence (AI) technology to deliver an easier, safer, faster and more flexible blockchain.

“We see blockchain as a valuable new tool within a larger computing infrastructure,” explains Dr. Steve Deng, Chief AI Scientist for Matrix AI Network, “blockchain is not some monolithic idea that can be sprinkled onto business services. They are an integral part of new powerful and sophisticated solutions, which require business needs analysis, an evolving data strategy, and management workflow closely tailored operational and market use.”

Matrix AI Network has made healthcare in the areas of cancer and disease diagnosis a top priority for their platform, partnering with many of the top hospitals in China.  In addition, Matrix recently announced a partnership with OGI Ocean Gate Transportation Company, an international freight forwarding and integrated logistics services company, to develop an intelligent global freight shipping application platform on Matrix AI Network’s blockchain.

According to a report from CB Insights, “China is a key player in the development of blockchain technology, and home to some of the world’s largest and most influential companies in the space.”  For a look at where some of the smart money is going in the Chinese startup space, Bitmain is the most well-funded Chinese blockchain company, with $450M of capital raised.  Hyperchain, which develops a host of enterprise blockchain products and distributed ledger technologies (DLTs), is the second most well-funded Chinese blockchain company at $249M, and Jixin Blockchain has secured approximately $100M of funding.