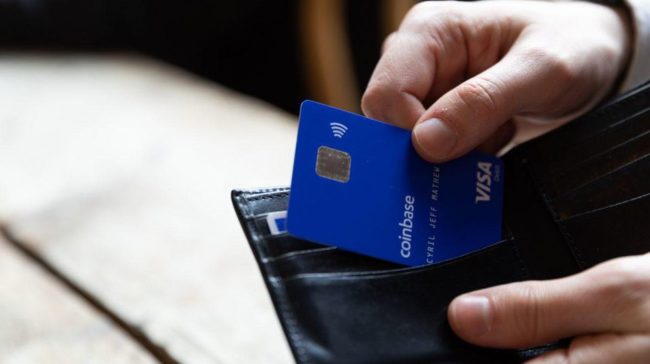 This year it seems that the efforts towards mass adoption of cryptos have never been stronger. There’s another move that’s just been made, and this time it involves Coinbase crypto exchange.

A while ago, Coinbase has been testing the waters in the UK with its new crypto debit card, and after it all turned out successful, they have stepped into the major European markets with the very same card.

The crypto exchange has officially launched its crypto card in Italy and five more European countries according to CNBC.

The Coinbase Card was launched in the UK back in April, and it was a huge success. Via the debit card, Coinbase allows customers to make purchases with BTC and more crypto, as reported by the online publication UToday.

This card works just like any other one, and the crypto will be directly converted into cash when you are making a purchase – this means that merchants will not have to deal with the volatile digital assets, according to the same online publication mentioned above.

“You can buy groceries on Bitcoin and then coffee on Litecoin right after,” Coinbase U.K. CEO Zeeshan Feroz said in an interview with CNBC.

This move that Coinbase made will definitely support the massive goal of mainstream crypto adoption.

Coinbase is the leading crypto exchange in the world by user number.

Speaking of Bitcoin, there have been a lot of predictions regarding the coin’s price lately. Most of them have been bullish.

For instance, CEO of Civic said that the price of BTC could soon surge above $12k.

Vinny Langham was bearish on BTC not too long ago, and he recently said that BTC’s “newfound return to volatility makes him believe that the most important coin in the crypto market will reach $12k soon and the coin will then find consolidation around $10,000,” as Oracle Times notes.