Bitcoin has undergone a strong correction over the past few days. After peaking at $12,000 early last week, the cryptocurrency has slipped as low as $9,800, shocking most investors as market sentiment was then bullish.

Many have drawn parallels between the ongoing correction and the one in March that dropped BTC from the $9,000s to a macro low of $3,600 in dramatic fashion.

Charles Edwards, a digital asset manager and analyst, for instance, shared the following tweet during the move lower:

A lot of similarities to March 12 right now.

The reason why this comparison is important is that if Bitcoin is truly trading as it was during March, a strong flush in the futures market could take place that would send BTC down dozens of percent in hours.

But according to an analysis of Bitcoin derivatives, the current state of the market is different than it was in March, with traders seemingly deleveraging and being more measured in their sentiment. This arguably bodes well for the bull case.

According to an analysis by “Z,” a pseudonymous crypto analyst, unlike previous drops in Bitcoin’s history, traders were quick to deleverage their positions during the recent move lower to prevent a brutal squeeze. This meant that a redux of the crash seen in March, where BTC fell 50 percent in 24 hours, was more easily avoided.

Bitcoin’s “25-day skew,” which tracks the positioning of options traders, has been trading below zero percent over the past few months, which is different than the historical trend:

“At prices near $12k, this is some of the highest change we’ve seen in put-buying as people are bracing for a move down. Historically, BTC skew has always leaned very positive.” 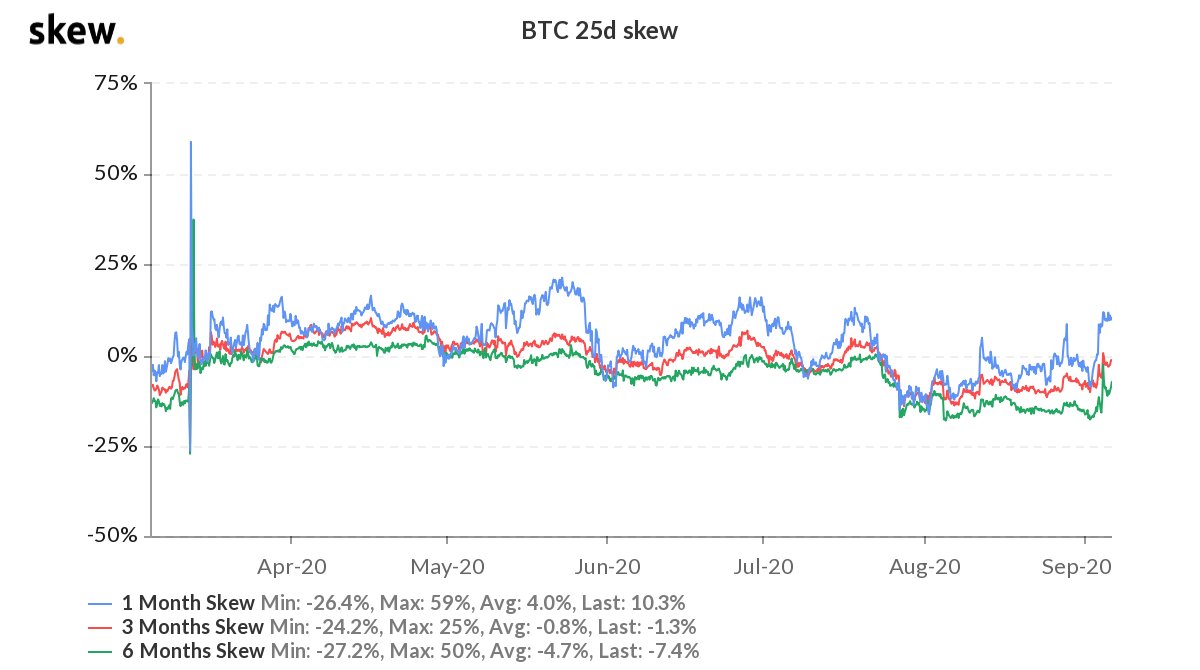 This negative skew suggests that unlike before, traders are actually pricing in the chance of a drop, instead of trading with a permanent bullish bias.

Also, as can be seen below, prior to and during the move lower, there was a gradual deleveraging of positions to the tune of $1-1.5 billion. 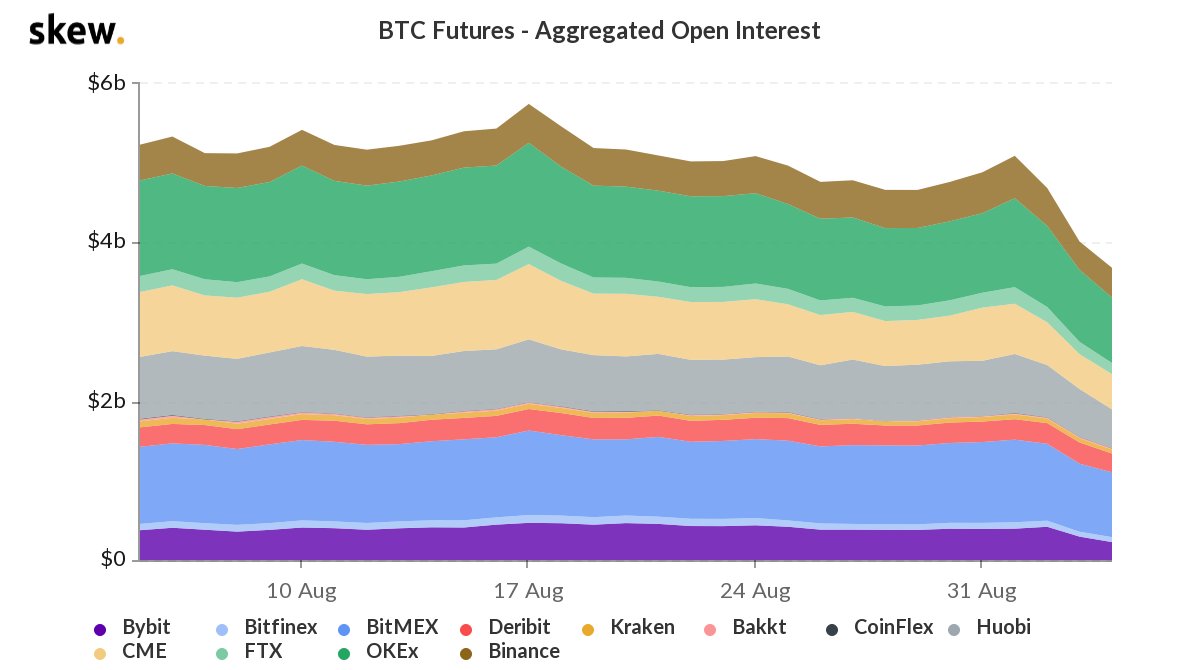 Other analysts have identified the relative lack of risk-taking behavior in this segment of the market cycle.

Another technical analyst, for instance, recently drew attention to how quick open interest in the Ethereum market reset during the recent drop, suggesting that now neither longs nor shorts are overleveraged.

One futures market where leverage has increased since March’s Bitcoin crash, though, is that of the CME, a traditional derivatives exchange that made headlines in 2017 when it began to support the leading cryptocurrency. But that’s not necessarily a bad thing as CryptoSlate reported earlier this summer.

Travis Kling, the CIO of crypto fund Ikigai and a Wall Street veteran, opined that the CME’s rapidly increasing BTC open interest is actually a bullish sign for the long-term future of Bitcoin:

“BTC futures Open Interest hit a new ATH today. The ATH prior to Black Thursday was Feb 15th. Note the changes in market share of OI. We’ve been talking about The Herd coming for so long its become a meme. But without a doubt, this is actually The Herd and its wildly bullish.” 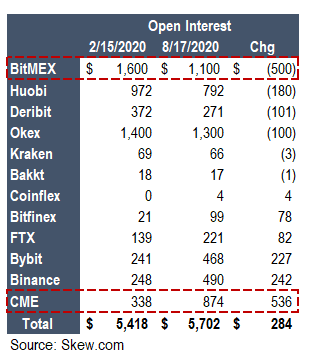 The idea with this sentiment is that increasing investment activity on the CME suggests there is institutional money in the Bitcoin market.

The post Since March’s 50% Bitcoin crash, traders have been hesitant to overleverage appeared first on CryptoSlate.