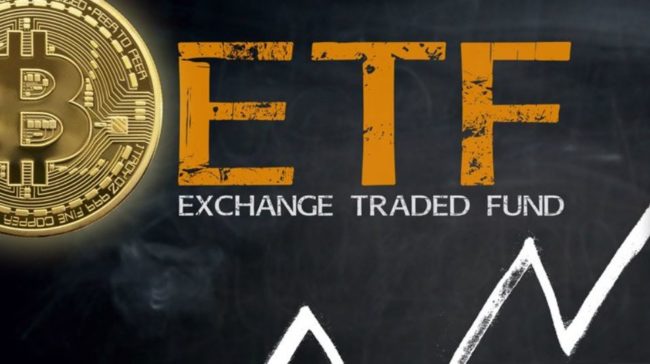 The Bitcoin ETF has been viewed for a long time now as the logical next step in the development of Bitcoin (BTC) as a cryptocurrency. BTC, which is currently trading at about $6,560, has fought to raise more than $10,000 for most of the year.

However, some of the market watchers feel that an ETF based on Bitcoin, which would be governed by the Commodity Futures Trading Commission, would be more likely to be endorsed by the SEC than any of the other proposals. But, Bart Smith, digital asset manager at Susquehanna International Group, is not so confident.

While a futures-based Bitcoin ETF would be traded on Cboe, the pricing of those contracts would still be pegged to non-regulated Bitcoin (BTC) markets, said Richard Johnson, a market infrastructure specialist at Greenwich Associates.

The SEC stated after denying the Winklevoss’ Bitcoin ETF in July, for the second time, that it could not “conclude that bitcoin markets are uniquely resistant to manipulation.” Also, after rejecting the Proshares’ Bitcoin ETF proposal this Thursday, the SEC argued their decision saying that the absence of regulation across the cryptocurrencies market and the insecurity created by its volatility. We covered that refusal here.

Advocates of a Bitcoin ETF object that Bitcoin markets are tricky to tamper with since they are heavily fragmented. Some others indicate to the liquidity of the market, which is boasting a multi-million dollar volume, as an additional indicator that the Bitcoin (BTC) is prepared for an ETF.

Before a Bitcoin ETF would be validated, either futures-based or Bitcoin-based, the cryptocurrencies markets worldwide have to collaborate more tightly with each other to boost the markets’ transparency, according to the CoinRoutes CEO, David Weisberger.

He also added that Bitcoin (BTC) markets are matured enough for a product such as a Bitcoin ETF, but for the SEC to approve it, the crypto exchange platforms should allow market data to be disclosed. “In short, these exchanges have taken a legal approach that does not allow the public to compare ‘best execution,'” said Weisberger.