Ripple enthusiasts are getting some really exciting news. The co-founder and executive chairman of Ripple, Chris Larsen says that the company boasts over 100 production contracts that are signed are ready.

The news comes with a brand new image of Larsen who is a featured speaker at the Crypto Finance Conference in Half Moon Bay, California.

The backdrop graphic behind him shows some of the “100+” companies that have signed on with Ripple.

More than 100 companies will integrate one or more Ripple products

This basically means that the companies are not only testing Ripple’s tech but they’re also committed to commercially integrating one or more of the company’s products sometime in the future.

Ripple boasts more software solutions that are designed to help financial institutions improve the speed, tracking and also lower the costs involved in the transactions. 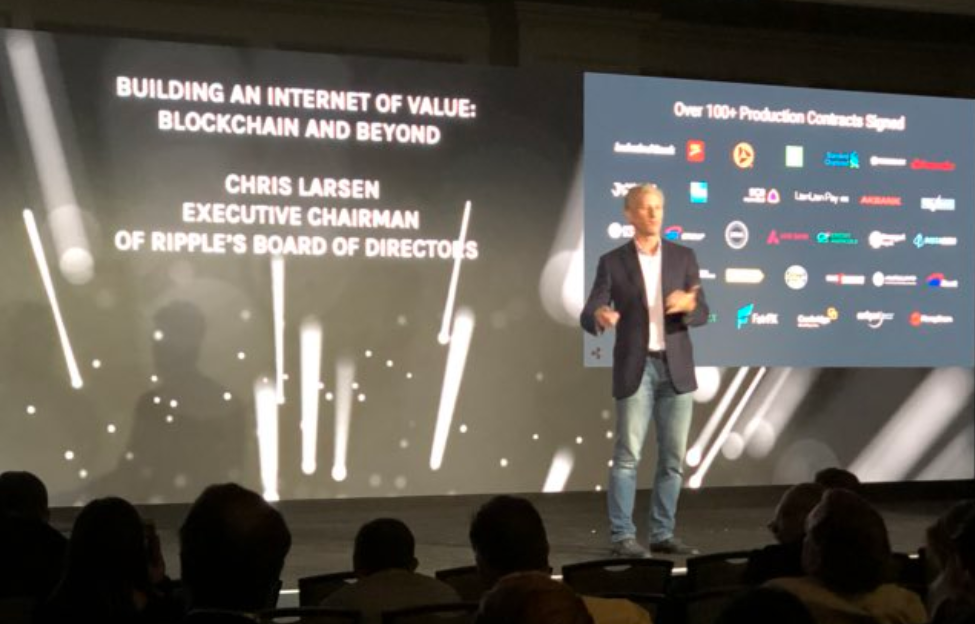 XRP is only used by xRapid which is the company’s crypto-centered solution for enhancing cross-border payments.

Ripple CEO Brad Garlinghouse had previously said that the company is signing up an average of one bank to a production contract on a weekly basis.

“It’s been an incredible 2018 for us. We’re now signing up one bank to a production contract per week. We announced that we signed the largest bank in Kuwait, the National Bank of Kuwait, so if [Ripple] continues to build momentum and the dynamic there is the network effect. The more participants, the more value in joining. So we’re seeing that momentum build,” he said.

In other news, TransferGo, a payment processing service, reported via Finextra that it uses Ripple tech to support payments from Europe to India in under 30 minutes.

“TransferGo is an international cheap money transfer company for migrant workers who want to send money to their families without paying excessive bank fees,” according to the official website.

Ripple has been having quite a successful activity these days.