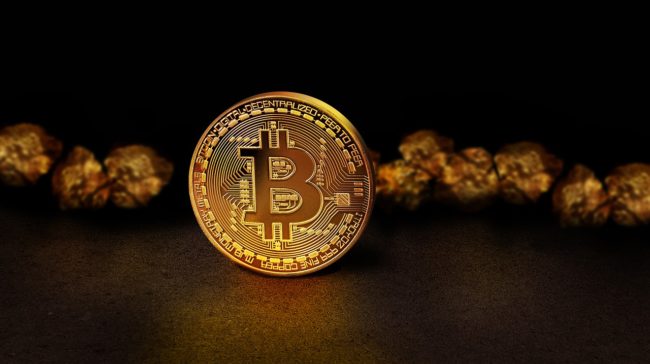 Bitcoin enthusiasts have a lot to celebrate these days after the latest announcement made about the digital asset.

Latest data from Bitcoincharts, Bitstamp, and BC.I. reports that with over $2.4 trillion that has been sent this year, it’s not too far-fetched to say that Bitcoin is currently processing more transaction value than Visa. It was reported that Visa handles transactions of $1.3 trillion on a yearly basis.

You can check out the new tweet that announces that despite this year’s bearish trend that that embraced the crypto market, more than $200 billion in value is sent every month using BTC:

Despite the recent bear market, over $200 billion in value is sent per month using BTC. pic.twitter.com/1g0cDPmleG

In other news, it seems that the latest location where you can trade BTC is Morgan Stanley For about ten years, Bitcoin has been around the crypto market dominating it and doing great regarding price.

Despite the overall development, the market is still pretty plagued by particular points of friction which have been represented by adoption or regulation.

More institutions have been seeking to support adoption, and Morgan Stanley is one of them. This is one of the biggest banks in the world, and it took an interest in crypto.

If the bank goes on with its plans to offer Bitcoin trading possibilities to its clients, it won’t be too different for Bitcoin itself.

A source close to the bank reported that Morgan Stanley plans to join other industry players who share the same perspective into offering Bitcoin exposure options to people.

The clients will not own the crypto, and their exposure will be only synthetic.

If the plan becomes a reality, the bank’s clients will be able to initiate short or long contracts through the procedure called the price return swap. More than that, the bank will charge a certain fee for each one of the initiated transactions.