Former U.S. president Bill Clinton was the keynote speaker during Ripple’s Swell 2018 conference in San Francisco. He addressed the innovative blockchain technology and cryptos, stating that he supports the new developments brought by them.

Clinton said that the blockchain holds massive potential because it is applicable across national borders and income groups. According to him, the permutations and the possibilities stemming from the technology are great.

Clinton addressed politicians and urged them to support cryptos and the blockchain technology to make sure that they continue to develop.

“We could ruin it all by negative identity politics and economic and social policy. You think about that,” Clinton said.

The former president of the U.S. acknowledged the potential of disruptive technologies such as blockchain. Clinton received his first Bitcoin in 2016 when Matthew Roszak gifted him BTC. 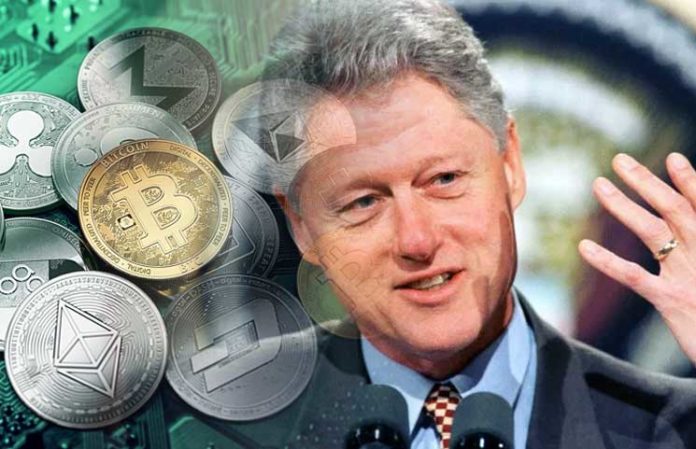 Ripple’s Swell event is significant for the entire crypto space

The event is focused on Ripple’s customers and their experiences using Ripple’s technology and products.

xRapid, Ripple’s product for cross-border payments which will save costs and enhanced transaction speed was just launched.

It was previously announced by an official at Ripple that this will more than likely happen in October and the community’s expectations were met.

The launch was announced during the Swell event just as expected.

During the conference in San Francisco, it was also revealed that xRapid is moving into production with customers which include MercuryFX, Cuallix, and Catalyst Corporate Federal Credit Union.

According to the official post by Ripple, xRapid “sources liquidity from XRP on exchanges around the world. As a result, cross-border transactions occur in minutes and at a lower cost compared to traditional methods, which take days and incur high foreign exchange fees.”