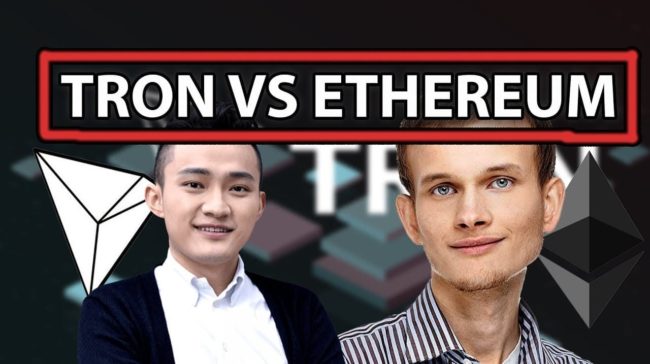 Odyssey 3.1 is the newest Tron version

Odyssey 3.1 is the latest version of Tron and it was launched yesterday at 8 pm SGT. This change also includes the launch of Tron Virtual Machine as well. Tron VM will allow developers to test smart contracts before transferring to the Tron mainnet.

Tron was not favored this year when the bearish trend hit the crypto market and lingered there for a long time. But this did not stop the Tron Foundation from going ahead with all of its plans and developments. 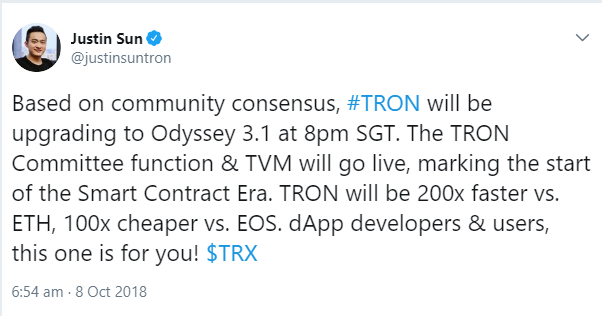 Tron Foundation organizes a conference at the beginning of 2019

Tron’s plans for the beginning of 2019 have been exposed as well.

A while ago, at the beginning of this year, Justin Sun hinted at the fact that there’s a high possibility of holding a developer conference as soon as the Tron project becomes independent from the Ethereum platform.

Sun and his team proved once again that they can keep a promise because they launched a new website for the Tron Developer Conference which is scheduled for early 2019, in January.

Oracle Times reports that “The conference will begin on January 17, and it will last until January 18, 2019. The venue for the event is Yerba Buena Center for the Arts, 701 Mission Street, San Francisco, CA 94103, USA.”

“niTRO(n) is our very first developer conference in San Francisco, CA! Come join the TRON community to fuel your mind. The 2-day conference features inspiring content from industry thought leaders and key community members that will bring you into the vibrant world of the TRON ecosystem,” Tron describes the conference, as reported by Oracle Times.