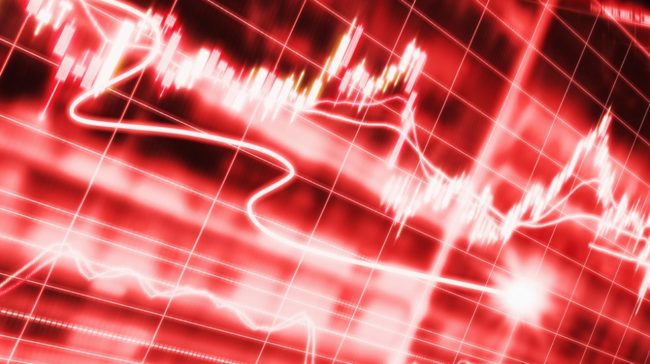 Crypto enthusiasts are having quite a bad day today. After a few weeks of apparent calmness in the market that followed after more than nine months of a bearish trend, today Bitcoin suddenly fell by 5%, triggering a bloody apocalypse in the crypto market.

The crypto market has been hovering at the same market cap lately which is $229 billion. For the past few weeks, things have not changed significantly.

But, a few hours ago the markets crashed and lost about 7% in a matter of hours.

Bitcoin fell by 5%, dragging altcoins with it

Bitcoin dropped by 5%, and this unhappy move triggered some pretty lousy effects across the whole crypto market.

At the moment, BTC is priced at $6,287.75 on CoinMarketCap and, just like all altcoins, it’s trading in the red.

Oracle Times reported that “At 01.09 UTC Bitcoin started to fall, and it dropped through a previous support level of $6,550, shedding $244 in just 30 minutes.

The decline slowed there, but BTC continued downwards to reach $6,305 at the time of writing.”

All this means that, unfortunately, Bitcoin fell back to the mid-September levels, and it dragged the whole crypto market to drown with it. 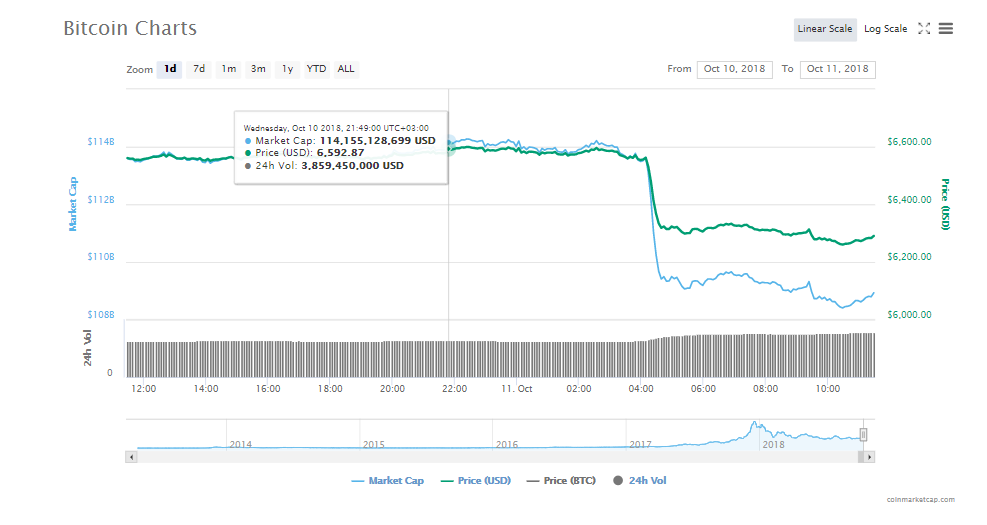 Bitcoin did not bottom a while ago after all

More voices in the crypto space have been saying a while ago that the mighty Bitcoin has already bottomed and there was genuine hope for the better. It seems that everyone was wrong as there is still room to fall.

Around $14 billion has already been lost from the crypto space after all altcoins crashed over the past few hours. It seems that big selloffs have been occurring in Japan and South Korea.

The reason for this massive dump is not very clear yet, but some say that after a time of calmness like the one experienced during the past few weeks, this nightmare was probably inevitable.