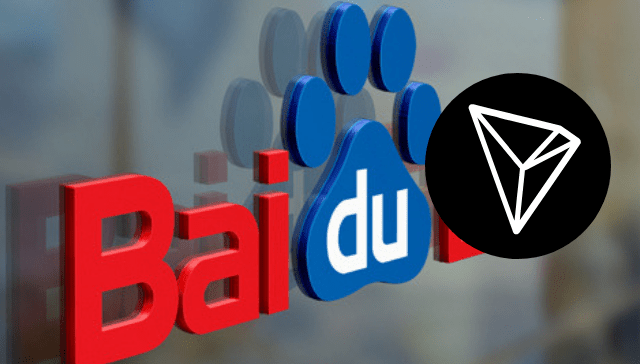 A lot of voices from the cryptosphere have accused Tron’s founder Justin Sun of being too excited and acting like a showman when it comes to supporting Tron.

But the man did not seem to care about any of the accusations and did the exact same thing, making all Tron enthusiasts happy and excited with each and every one of his announcements.

The latest such big news was Tron’s purchase, BitTorrent. Sun used to offer hints at a really secret project that his team has been working on and eventually this turned out to be Project Atlas.

It was the great initiative of implementing BitTorrent on Tron’s network in order to enhance the quality of both services.

Tron could team up with Baidu

Latest rumors claim that Tron is on its way to teaming up with the Chinese IT giant Baidu. EWN reported that the partnership could be the most important one achieved by Tron so far.

Even Sun tweeted something interesting last week as you can see below.

CoinNess.com reported that the Tron team confirmed that a partnership is in the works between them and Baidu.

Exclusive: #Tron to Cooperate with China's IT Giant #Baidu

The Tron team told https://t.co/reZ2fjHrZq that a partnership had been confirmed between Tron and China's IT giant Baidu, which will be officially revealed by Baidu Cloud next week.

If this turns out to be correct and Tron does team up with the tech giant, 2019 will be the best year that Tron has seen so far, and it could even trigger mass adoption for TRX.

We’ll just have to wait and see what the future holds for Justin Sun and his beloved company.

Recently, the Tron team managed to build a set of new tools that can be used together with development practices.

“These tools are aimed to help developers integrate innovative DApps into the TRON ecosystem with ease,” according to the official announcement.