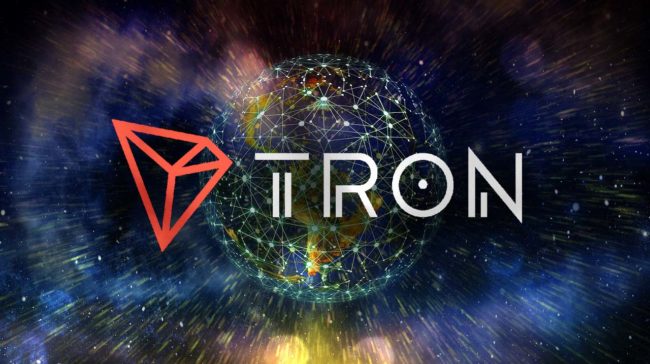 Justin Sun had the best week. It started by celebrating more than 1.5 million followers on Facebook.

More than that, according to Google Trends, it seems that the interest in Tron has grown all over the world and managed to surpass both Ripple and Ethereum during the past week.

The Tron team also confirmed that they are working with Baidu, the Chinese tech giant.

Sun also announced something regarding the success gained by the Tron ecosystem since its own mainnet was launched.

He said that the mainnet new accounts of Tron have already surpassed 500K. The growth is a steady one of 100K/month, Tron’s founder explained.

TRONbet is a huge success

Now, Tron is celebrating one more achievement. The first gaming DApp that’s released on its blockchain was a huge success, and it was played more than 10,000 times in the first day.

TRONbet, a provably-fair dice game, is one of the many gaming #dapps that are being built on the #TRON network. On the first day of the release, TRONbet was played over 10,000 times. Check them out here! https://t.co/sc0O712Ngu pic.twitter.com/gQfxU1xiAb

One of the many plans that Tron has is to dominate the streaming industry with its decentralized products.

The first Tron gaming DApp accomplished a lot by becoming an instant hit not only among Tron supporters but crypto enthusiasts across the globe as well.

The rules of this game are not hard at all. If you are a TRX holder, you will have to connect to TRONLink wallet which has to be a TRX wallet.

You will then be able to enter a betting total in TRX and a number that is used top donate an over or under outcome. If the chosen number is below the selected target number you will receive a payout to your wallet.

The game also suffers from the same downsides as more games on the blockchain platforms: security and transparency. According to Oracle Times, “the industry needs an e-gaming platform that could be able to merge the latest DApp tech with robust security measures, transparency, and fairness.”