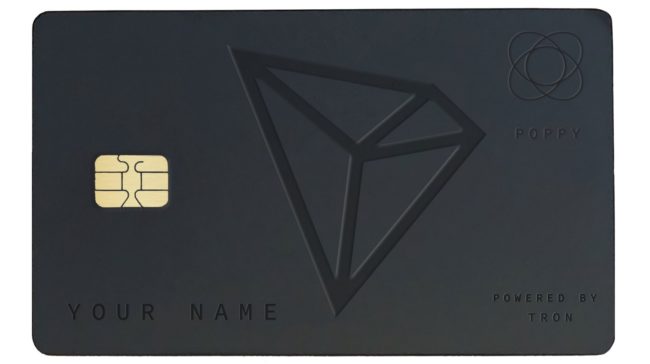 Payment cards can pave the way to the next colossal cryptocurrency adoption wave in the world. With that in mind, Sesameseed commenced its Beta program for the Tron (TRX) blockchain payment card, the so-called TronCard. The TronCard is currently released only for the SEEDGerminator contributors at Sesameseed.

According to the official announcement on this release, every address that brought a contribution to the POPPY project on SEEDGerminator would get 5 Poppy tokens for every SEED plus 1 Poppy token for every input of 1 Tron (TRX). Only those who receive over 10,000 Poppy tokens would be eligible to get the new TronCard Beta.

As mentioned, only those who are eligible will receive the TronCard, the payment card on Tron (TRX) blockchain. With that TronCard, users would be able to use their TRX holdings for paying at all the available Poppy retailers and integrated TRON wallets. Besides, all the TronCard holders would have to cooperate with Poppy and TronCard teams to ensure that the Beta program is thoroughly tested to guarantee a bug-free final product, eventually.

According to the announcement, the TronCard will be like a fully-functional Tron (TRX) wallet with additional security features. As Sesameseed reported, the TronCard will come with “security features to prevent tampering, including NFC and QR options to transfer TRX. Interfacing with Poppy and other popular TRON wallets while including these powerful features makes TronCard a truly versatile TRX payment method.”