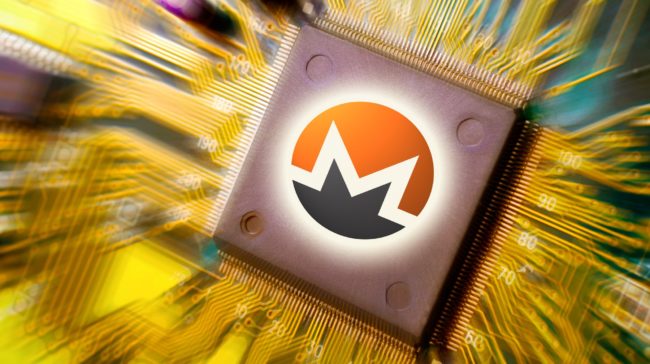 The Monero update which took place last week On October 18th was a huge success, and everything worked as planned.

The community was really excited to receive the news that Monero was upgraded to v 0.13.0.0. aka the Beryllium Bullet.

Monero (XMR) development teams presented the results of the process on Twitter, pointing out that the process was successful and that Bulletproofs compatible with Monero are already available on the leading network.

This upgrade was able to fix and improve more tech-related issues, but the best features that it brought are the fact that the transaction size is reduced and the fees are reportedly down by 97%.

So, Monero’s recent improvement protocol now allows for a considerable reduction in fees that Monero users will be able to enjoy.

Before the update, reports were claiming that the fees would drop by at least 80% and now things look even better than expected.

CoinMetrics.io crypto-centric data aggregator reported that the introduction of the Bulletproofs was a complete success.

“For one, the average XMR transaction has fallen to 3.7kb in size, which is an 80% reduction to the pre-fork average of 18.5kb. Seeing that the unique nature of Monero’s privacy system has resulted in a rapidly growing blockchain, this move to reduce the size of transactional data should be a welcome change for many XMR miners,” Ethereum World News writes, as reported by Oracle Times.

As we already said, the Bulletproofs did not only reduce the transaction sizes, but the fees have also been massively shrunk.

Average fee has plummeted from 60 cents to 2 cents https://t.co/V6Nwejuo6L pic.twitter.com/d6d8qYB8WU

“CoinMetrics reports that the average Monero transaction fee dropped to $0.02 from $0.6 pre-fork, and this could trigger the adoption of XMR in commerce and daily use,” according to Oracle Times.