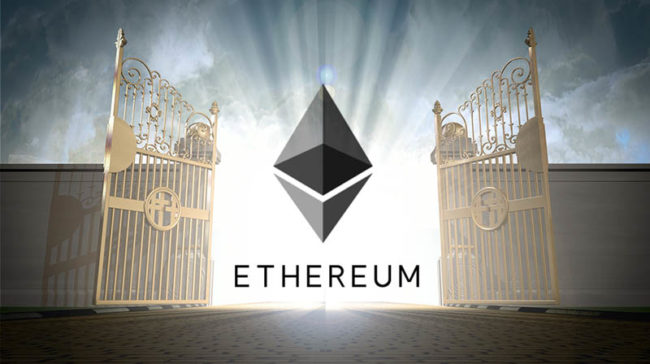 The arrival of Ethereum’s Constantinople hard fork update is getting near. The hard fork was initially scheduled to take place this month, and now, it seems that it will probably launch on the 16th of January 2018.

In October, during the testnet launch of Constantinople, there have been a few issues.

The core developer team conducted a meeting, and they decided that it’s best not to rush the project, considering all the problems that had appeared.

This new date that we mentioned above is not a final one, and developers made it really clear that this fork can see another extension if more issues were to arise.

Core developer Péter Szilagyi said: “We can just say mid-January, it doesn’t make a difference if we decide on a date or not. We can always postpone.”

Another developer Lane Rettig offered more details into the research that has been done regarding the Ethereum’s difficulty-bomb.

This difficulty bomb is explained as it follows: the increase in difficulty of mining new blocks on the Ethereum network.

As the complexity grows, over time, it will reduce in a slowdown the number of blocks that are added.

Anyway, Ethereum plans to move from Proof-of-Work (PoW) to Proof-of-Stake (PoS) going ahead.

Rettig also made sure to highlight the fact that the difficulty bomb can be visible starting January. More than this, it can also lead to a 30-second block time by the April or May of the upcoming year. “So we have time, there’s no critical concern,” Rettig said.

In September, developers have agreed to postpone the difficulty bomb 18 months, and they also agreed upon reducing the mining rewards from 3 ETH to 2 ETH. The Constantinople hard fork will bring a few upgrades for the code.

Developer Szilagyi said that the software upgrades implementing the Constantinople hard fork should be released before 2018 ends: “All clients should release a stable version with the baked in block number before Christmas.”