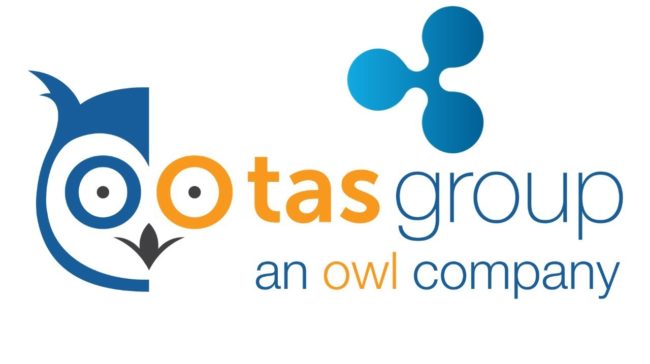 Ripple and TAS have joined forces to overcome payment-related problems. TAS’ official website confirmed the good news and wrote: “Ripple is coming.. and TAS is ready!”

TAS is an essential addition to Ripple’s partners

TAS is an important partner as it’s working with various commercial and central banks from Europe and also other locations in the world. They’re also the principal broker-dealer of the Global Fortune 500.

TAS services about 150 clients from all over the world and they are basically the most important payments carriers in Europe.

Dieter Schoene, the managing director of TAS in Germany stated that “We have been actively monitoring the blockchain market developments from the beginning, years ago, being the first Italian vendor to implement in 2014 a Ripple driver in our interbank payments hub allowing Banks to pilot and evaluate the Ripple value proposition for cross-border real-time payment transactions”, Oracle Times reports.

The TAS group also made sure to explain the reasons for which the current payment systems are flawed and as you already know these flaws include issues involving fees, failure points and settlement times among others.

Giving the unbanked a better way to move & access money will fuel an entire new section of the gloabal financial community, and #xrp will make this possible. @bgarlinghouse on why xrp is so important for unbanked migrant workers across the world #ripple #xrp #xrapid #crypto pic.twitter.com/4D5xzHjfnn

XRP has been gaining more and more popularity, and adoption of the digital asset is on the rise.

Recently during a really interesting interview with Bloomberg, Ripple CEO Brad Garlinghouse addressed the most significant benefits and advantages of the XRP token, highlighting the fact that it’s 1,000 times faster and also cheaper compared to Bitcoin.

He also said that people already appreciated the multitude of real-world use cases that the coin has and the fact that it can be a useful commodity.

Another important news involving Ripple says that every financial institution that’s on RippleNet will get seamless access to xRapid which uses the digital asset XRP to enhance the speed and liquidity of cross-border payments.