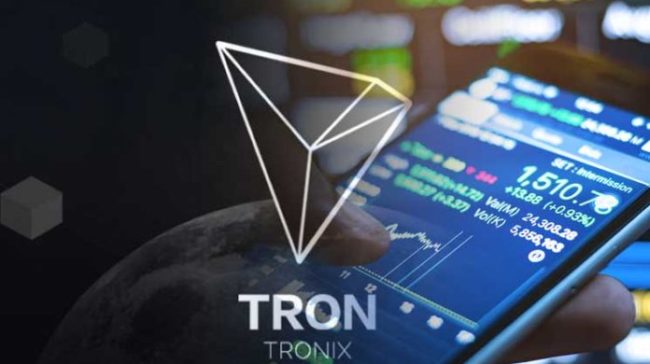 Justin Sun published the weekly report for Tron, and the community could not be more excited.

Tron’s platform managed to grow in popularity and also in terms of transaction volumes. Justin Sun has been keeping the community updated with Tron’s various achievements. Tron reached 1 million transactions in a single day.

Tron’s founder was recently proud to announce that Tron’s transaction volume on a daily basis in increasing at a high rate of $20,000.

He also said that the new record makes Tron ten times bigger than its rival EOS.

Tron’s supporters have been celebrating online the various achievements of their favorite crypto and the company behind it.

On the other hand, everyone is still waiting to see the price of the token mirroring all the successes boasted by the company behind it.

But, it’s true that the crypto market has been quite bearish all year and yesterday most cryptos experienced a massive bloodbath.

One crucial achievement flaunted by Sun is that Tron reached 12 million smart contracts and the best thing is that this happened only two weeks after the team launched the protocol.

Besides announcing the great news to the Tron community Sun also expressed his high hopes that by the end of the year Tron will hit 50 million smart contracts.

Back in October Tron activated its Virtual Machine and Justin Sun tweeted back then, “TVM will go live, marking the start of the Smart Contract Era. TRON will be 200x faster vs. ETH, 100x cheaper vs. EOS. dApp developers & users, this one is for you! $TRX.”

Recently, Sun also asked for more projects and tokens to be built on the platform in order to facilitate more tokens for trading.