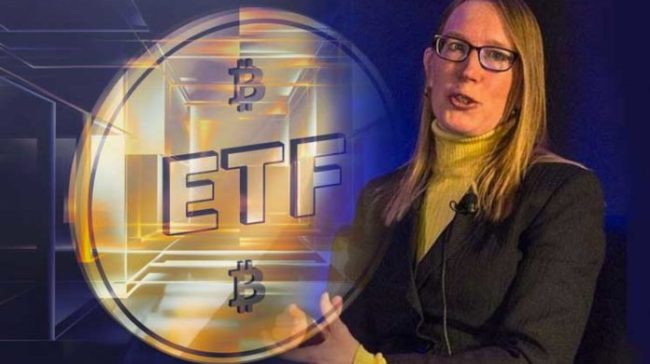 In a podcast that aired on November 24, the SEC Commissioner Hester Peirce commented that the launch of a future ETF is definitely possible.

These comments could be signaling a change in the SEC’s stance on ETFs which, until now, have been failing to get through the regulator’s screening process.

The comments that were made by Peirce are only her own, and they do not show the SEC’s opinion on the matter.

But anyway, the commissioner has pointed out that she sees “significant intellectual capital” being invested by both institutional investors and exchanges towards the development of a Bitcoin ETF.

“I think that one of the reasons is that in the past, with other applications for commodities – you might think of metals – [the SEC] also looked at the underlying markets. I would argue that this also was not the right approach at looking at those. Of course, that was well before my time here. But, also, I think that there is a concern around new technologies, and I think some of that is reflected in the disapproval order,” Peirce commented.

Innovation is treated with caution

She also added that she felt that the SEC in general treats innovation with caution and she feels that the body says that it’s easier to put the brakes on than to approve the ETF applications.

She also suggested that the SEC needs to figure out a way of being less cautious and let innovation go forward rather than being concerned about criticism just in case the project fails.

Bitcoin has been struggling to find stability in the market and along with the adop[tion of crypto by institutional investors, the approval of ETFs is seen as the industry’s potential saving.

As you all know, crypto markest experienced a harsh fall recently, and Bitcoin together with most altcoins are struggling to come back to the surface.