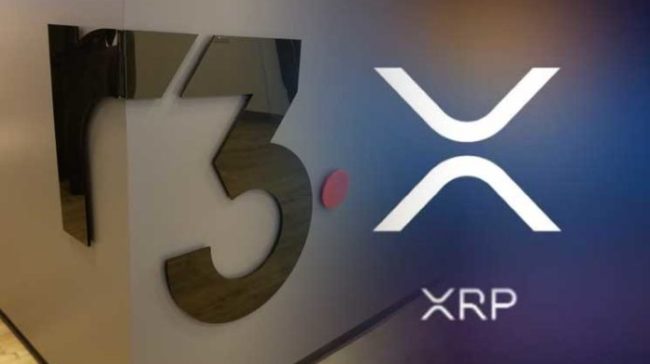 R3 and Ripple seem to be getting along very good these days.

Some of you might know that the two companies were involved in a year-long dispute that took place between the two entities “over purported mutual breaches of the agreement” between Ripple Labs and R3 Consortium that was eventually settled back in September, notes Oracle Times.

R3 sued Ripple Labs back in 2017 and accused the company of violating a purchase agreement. The agreement allowed R3 to buy 5 million XRP from Ripple at a cost of $0,0085 per token before the end of 2019. The amount’s price was boosted since then.

After they ended this battle, the blockchain software company R3 announced that they are launching a new app that will be using XRP in order to power global payments for traditional and blockchain-based enterprises.

Corda Settle will use XRP

The app is called Corda Settle and it’s designed to merge a vast variety of crypto and traditional assets as well in the long run.

“The deployment of the Corda Settler and its support for XRP as the first settlement mechanism is an important step in showing how the powerful ecosystems cultivated by two of the of the world’s most influential crypto and blockchain communities can work together,” R3 CTO Richard Gendal Brown said.

He further explained that “While the Settler will be open to all forms of crypto and traditional assets, this demonstration with XRP is the next logical step in showing how widespread acceptance and use of digital assets to transfer value and make payments can be achieved.”

R3 is currently working with over 200 companies in order to develop its open-source blockchain platform which is designed to execute financial agreements on a global scale.

R3 said that the platform is already used in industries from financial services to healthcare and more.