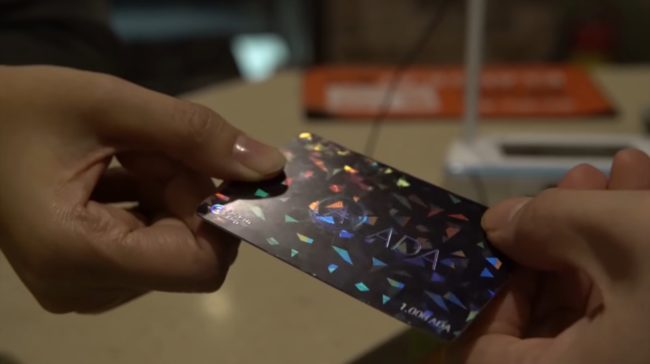 EMURGO is the company behind Cardano and they make sure to drive the ADA adoption. The Cardano community is beyond excited to receive the great news that the ADA crypto card has been just released in Seoul, South Korea.

This was possible after EMURGO teamed up with Metaps+ because this partnership allows for the delivery of a solution for South Korean residents to use their ADA tokens.

They can now pay at more than 33,000 retailers and this means a huge leap regarding the ADA adoption.

The news was shared on EMURGO’s official YouTube channel and the community received the announcement with open arms.

There were not so many details and features of the card available in the video but what it is 100% certain is the fact that it’s straightforward and fast to pay using it, and the confirmation only takes a few seconds.

The cards are also issued with a particular amount of ADA on them, as you will see in the video below.

Cardano is a founding member of the Blockchain for Europe association

Cardano teamed up with Ripple, NEM, and Fetch.AI and the four giants in the blockchain industry have launched the Blockchain for Europe association.

This association will provide a unified voice for the crypto and blockchain industry in Europe and it will make sure that the upcoming regulations in Europ will support the innovation here instead of chocking it.

Last month, Charles Hoskinson, co-founder of Ethereum and CEO of IOHK which is the blockchain engineering company behind Cardano announced that the team took a significant step forward in the interoperability of blockchains.

IOHK’s recent research paper explained its contribution to the blockchain development and all the ways in which it can enhance Ethereum.

The team explains that in the paper they introduce the very first trustless construction for proof-of-work sidechains.