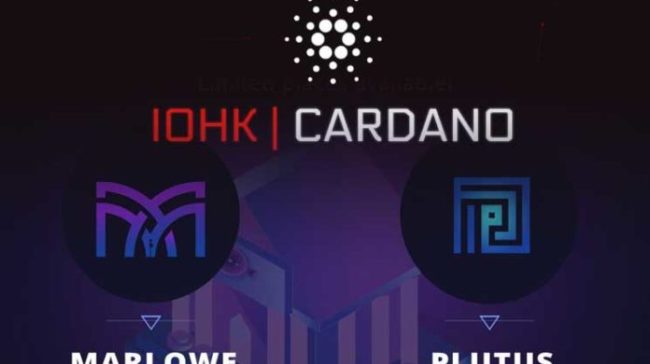 IOHK blockchain research and development firm just revealed two new tools that have been developed by a world-leading team for writing smart contracts for the Cardano blockchain.

These apps are Plutus and Marlowe, and they have been launched in test format during the PlutusFest conference in Edinburgh, Scotland.

These are some powerful tool that will make it possible for startups, financial services, and fintech industries to prepare blockchain contracts that will run on the Cardano blockchain.

Plutus offers a programming language and tools for the Cardano protocol. IOHK’s scientists and engineers have been able to combine the Haskell functional language with the ADA network in order to create a platform for fintech devs to write robust and secure smart contracts.

Hoskinson spoke to CCN and explained that the Marlowe app offers instant global fund transfers for businesses and it also allows holding of rental deposits in escrow in order to enhance transparency.

“As an example: The escrow mechanism allows Party 1 to deposit the money into a contract, in a way that the money will only be released when two out of three participants agree on whether Party 2 has indeed given Party 1 the item. The escrow participant (Party 3) is supposed to be a neutral third party that decides in case of dispute,” Hoskinson said.

In plain English, he basically says that if the money paid for item 1 is 450 ADA it has to be committed by Party 1 before block 10 and it will be refunded to Party 1 if there’s no consensus before block 90.