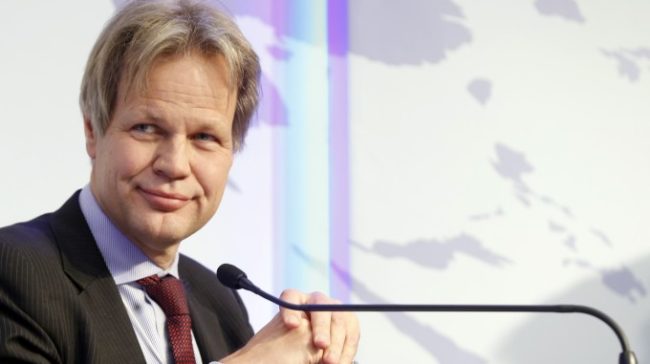 As you already know, Ripple and SWIFT have been rivals for a long time, and they have not stopped competing, even if there have been a lot of rumors during this year, claiming that the two of them will eventually team up.

Ripple made sure to kill these rumors more than once while it has been trying to fix the flaws and gaps that are featured by SWIFT regarding cross-border transactions.

An article from The Guardian addresses these flaws, and of course, Ripple comes and highlights that they have the solution to these issues.

This announcement comes right when Ripple has been trying to show the flaws flaunted by the SWIFT, but voices in the industry don’t believe that the CEO’s decision has anything to do with it.

On the other hand, the crypto community is really excited at the news, as it can be seen on Reddit because they see it as a small victory showing the defeat of tradition finance in cryptos’ favor.

Timely reminder of why our Ripple mission is so important. Building the #IoV for super-fast, transparent and reliable payments worldwide https://t.co/TZ3iOVOaks

Anyway, “Gottfried Leibbrandt will step down next June from Swift, the cross-border payment system, after spending seven years leading a key piece of global economic infrastructure through crises from hacking to sanctions on Iranian banks,” BNN Bloomberg announced.

The article mentions real flaws due to SWIFT such as the fact that payments were often talking days in order to be completed and they were not able to be virtually tracked.

The CEO has always been making massive efforts to try and fix these flaws and to modernize the system make it more crime-proof, but he was also there in the hardest times during vulnerabilities.

“Swift is in very different shape than it was seven years ago,” said Leibbrandt, and continued to explain that “There’s always going to be a time to hand over the reins and write a new chapter. I think this is indeed the right time.”