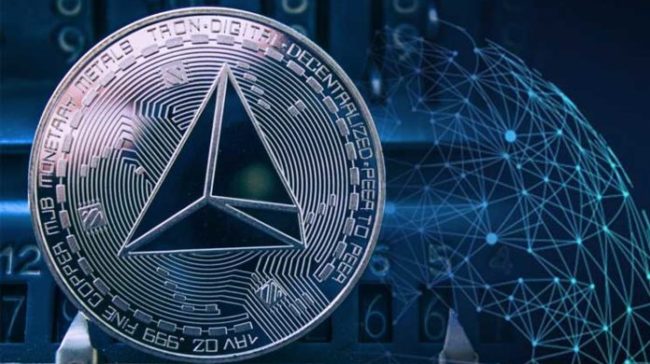 Justin Sun and the whole team at Tron has a lot to celebrate these days.

Tron’s founder has revealed on Twitter that the Tron network managed to process over 100 million transactions. In Sun’s tweet, there’s also a link to a TRX block explorer that shows the coin has been able to handle such a vast number of transactions.

As you can imagine, the impressive number probably comes from the dApps that are developed in the Tron ecosystem.

DappRadade has recently reported that 8/10 most popular dApps that have been developed on Tron’s network are gambling dApps and two of them are decentralized crypto exchanges.

The most crucial dApp is TRONBet, and this is the very first app that has been launched on the network. If you recall, we reported that after a single day from its launch TRONBet was played more than 10,000 times. And so far, according to official data from the website, it has paid more than 10 million TRX.

The game has enormous popularity, and it even helped Tron overtake Ethereum regarding daily transaction volume.

The other important TRX gambling dApp is TronDice which gained massive success as well.

It’s also worth noting that it paid out more than $4 million TRX as of November. In order to be able to play these games, users will have to create a TronLink wallet, fund it and then eventually connect it.

In November Sun also claimed that TRX would enjoy enhanced privacy at the beginning of 2019.

Tron could be soon joining Monero, Zcash, and Verge, according to Justin Sun. They are all privacy coins, and TRX might join the gang.

Sun made the statements about privacy on the Tron network during an interview with the team at Bad Crypto Podcast.