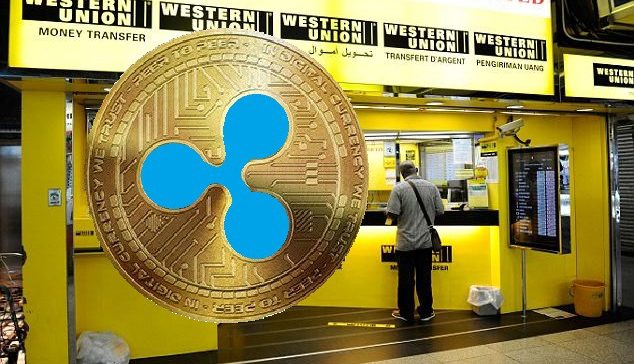 They have been watching the crypto space for quite a while, and they’re considering adoption.

Western Union’s global money transfer president Odilon Almeida said that the integration of crypto into their lineup would not even be so difficult to achieve.

“Western Union is ready today to adopt any kind of currency. We already operate with 130 currencies. If we one day feel like it’s the right strategy to introduce cryptocurrencies to our platform, technology-wise it’s just one more currency,” Almeida said.

Western Union has access to billions of bank accounts and also to more than half a million retail agent locations.

They have been testing Ripple’s cross-border payment tech since back in 2015.

The company said that these tests will continue and for the moment it’s too early to say something about final conclusions regarding xRapid. This is because the tests have been too small so far.

There's a lot of hype around cryptocurrencies.

This latest announcement highlights the fact that there’s a new hybrid economy around the corner which is placed at the intersection of fiat and crypto.

“Cryptocurrencies have so far failed to achieve broad acceptance because they have yet to master three things: governance, compliance, and volatility. But Western Union is already better equipped to solve for such variables because it already moves money across 130 currencies and devotes substantial resources to all of those three challenges,” Almeida said in the official blog post.

Travala.com travel website just announced that it would offer more than 550, 000 in 210 countries that can be booked with Ripple’s digital token.

Ripple’s native XRP has also been successfully added to the platform, according to the official announcement: “You can now book 550,000+ hotels in 210 countries using @ripple $XRP. Travel to 82,000+ destinations worldwide.”