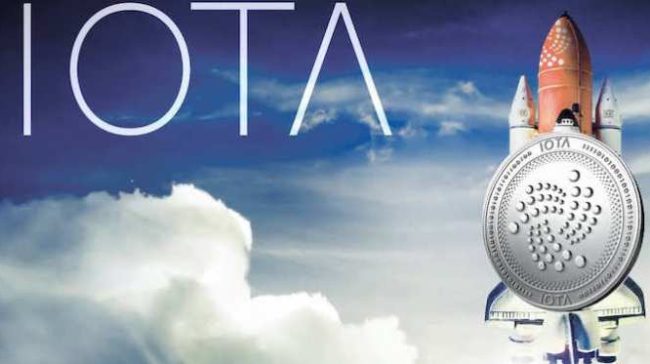 During 2017, a lot of cryptos managed to record their all-time value, but this year has not been the most fortunate one because it forced most of these coins to lose massive amounts of money.

IOTA (MIOTA) was among the affected tokens as you probably already know.

Despite the bearish trend which embraced 2018, the coin still managed to maintain its plans and developments even if the crypto market crashed.

Now, IOTA is preparing to enter 2019 with high hopes, and according to expert opinions, the coin is set to be highly successful in the new year. Here are the main reasons for which this is bound to happen.

IoT is the next big move in the cyberspace and as you all know, IOTA is focused on the field.

The world has been becoming more and more aware of the importance and usefulness of IoT, and this means that more devices will be developed. IOTA will most likely team up with more IoT companies in 2019.

Volkswagen was excited to see IOTA’s developments, and they teamed up. Q1 of 2019 looks great for this partnership.

IOTA developed a product for Volkswagen’s own needs, and the launch is expected to take place sometime in Q1 2019.

The coin has a lot of use cases, but it was not able to show too impressive signs regarding the market.

This is what led to harsh criticism for the token. Back in Q3 2018, the IOTA Foundations revealed the launch of its network update – the IOTA hub. This will be their solution to more issues regarding the blockchain.

The Trinity Mobile Wallet replaces the standard GUI wallet which has been faced with usability problems, and the wallet’s UX has also been enhanced.

The successful launch of the wallet allows investments without problems.

There are a lot of cryptos in the cryptosphere which are haunted by regulatory risks, but IOTA (MIOTA) has fewer.

As a result, it has been found compliant with the EU technology0related regulations, and this triggered the great partnerships with Germany.

All these achievements are pointing out that 2019 is probably going to be an excellent year for IOTA (MIOTA).