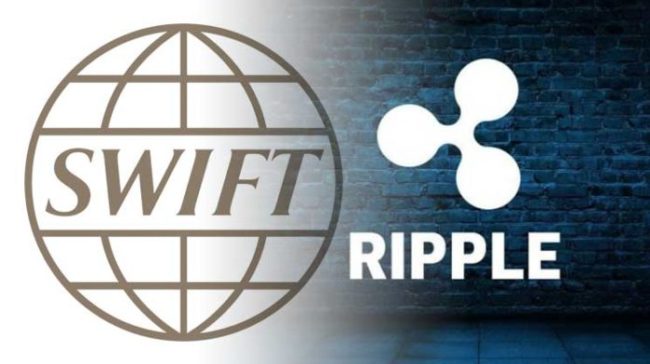 SWIFT’s shortcomings have been addressed a lot of times in 2018, especially by Ripple.

It’s safe to say that Ripple managed to become the most active competitor for SWIFT, trying to overcome all the minuses which have been shown by the traditional payments system.

Despite the fact that 2018 was a really tough year for cryptos, the companies behind some tokens managed to pull through with their achievement,s developments and plans. Ripple is one of them, and its goals are getting bolder.

Ripple is designed to replace SWIFT

Ripple’s chief marketing strategist Cory Johnson addressed these problems a lot of times and made sure to highlight that Ripple is designed to replace SWIFT and XRP allows people to transfer value.

During an important crypto conference back in November 2018, Johnson talked about Ripple’s software solutions and described the suite of tools that are developed in a way to be able to replace the international payment system SWIFT.

“Ripple is meant to be a replacement for Swift – the messaging system that banks use and other things like ACH used to settle transactions. XRP is meant to be a digital way to move value, to move digital money if you will.”

Regarding XRP, Johnson also said that the token could be used in order to power instant transactions and ensure lower fees compared to the current standard in the world of traditional banking and finance.

“XRP is purely focused on value. It can do Visa-like 1,500 transactions per second. And it’s really equipped to do things in a digital network. As I described at the beginning of our talk, we don’t have digital value right now. When you send someone a Venmo payment, they don’t actually get the money for like 3 to 5 days. They might credit an account, but there’s risk being taken by the company there, and that’s why the fees are so high,” he said.

Johnson explained that when one customer uses XRP in order to move money from Thailand to Spain for instance, this will happen in less than 1-2 minutes. This is only possible because of Ripple’s technology.