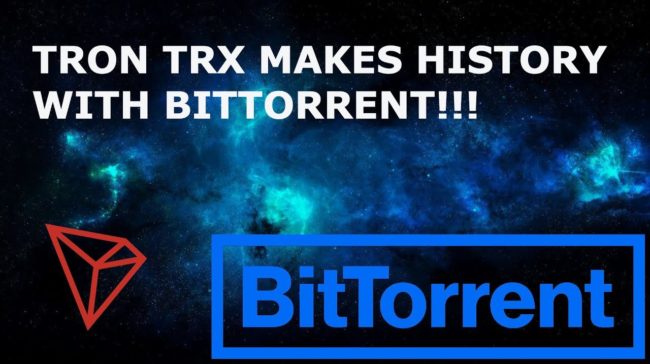 2019 began with some important movements in the crypto space. BitTorrent has launched its native token BitTorrent (BTT) which is based on the Tron protocol.

It was reported that the token could be changed between users and they will be able to enjoy fasters download speeds and network.

During one recent livestream Justin Sun addressed the reasons for which the Tron Foundation decided to create this new token, BTT. He also highlighted the benefits that it brings for the whole Tron community and TRX holders.

All TRX holders will get BTT

Sun stated that all TRX holders would get the BTT token and it will be airdropped to the community. Sun continued and said that this represents the first step and a really significant one.

“I think the TRX community has a huge tie with the BTT community. So this is the first thing, I think this is the direct connection and then the second thing is BTT used Tron Network to use transfer span the BTT token.”

BTT can trigger massive interest from millions of potential holders

He also said that the BTT token would bring a massive attraction from the BitTorrent user base which includes tens of millions of users.

Justin Sun also said that the TRX capital is not enough at the moment to be distributed to the current BitTorrent user base and this is the most important reason for which BTT token was launched.