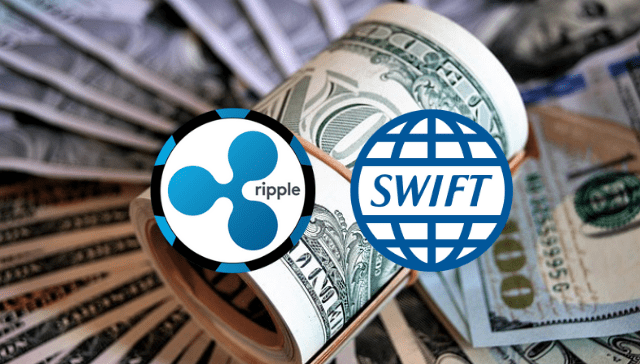 There have been a lot of rumors in 2018 claiming that Ripple and its rival SWIFT will end up joining forces, but it seems that this is not the case at all.

Brad Galringouse and Cory Johnson made sure to highlight more than once that Ripple is a competitor who wants to address the flaws featured by the traditional, outdated payments system SWIFT which has been chosen by banks for decades now.

Ripple’s intense efforts made the company the most active competitor for SWIFT.

Ripple is trying to eliminate all the downsides of the traditional payments system.

Cory Johnson addressed these problems a lot of times and made sure to highlight that Ripple is designed to replace SWIFT and XRP allows people to transfer value.

Such an event has been expected by the Ripple community since last year. The company and the traditional payments system SWIFT will speak at the 1TC Conference in Germany.

It seems that the organizers of the event have already confirmed that the two massive international payments systems will be addressing the following subjects, according to the Daily Hodl:

“How will technology affect our daily lives as treasurers, with the banking sector challenged by new concepts and ideas? Are established banking structures going to be turned on their head? SWIFT and Ripple take a look at the future of global money transfers and propose that their specific concepts are set to replace all other approaches. What will the future look like?”

The event is scheduled for February, and it will be moderated by CEO and founder of corporate Treasury management company Bellin, Martin Bellin. Find out more about the event here.