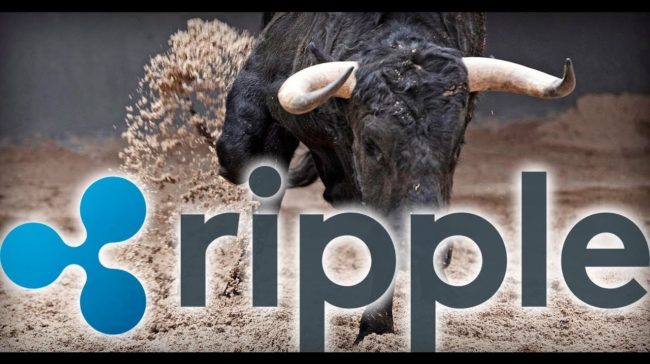 The recent price predictions for Ripple’s digital asset XRP in 2019 are definitely opening the door towards new hope in the hearts of our crypto enthusiasts. Yoshitaka Kitao, the CEO of SBI Virtual Currencies, he has been bullish regarding a $10 for XRP.

Back in 2018, he tweeted about the price prediction of XRP, and more than that, Smartethereum also comes and makes exciting predictions for the price of XRP ten years from now.

They recently suggested that the usually conservative experts are claiming that XRP could reach up to $1,000 a coin in just a few years.

Now, another valuable player in the field makes a pretty bold prediction, this time, for 2019.

Investing Haven predicts that XRP will surge by 5,300% by the end of the year

This means the coin would reach about $20. The platform knows that this might seem a bit unrealistic and that’s the reason for which they’re offering explanations on which they are basing their assumptions.

“Ripple is the Blockchain or crypto company with the highest potential in the world,” Investing Haven notes.

XRP has all it takes to surge

Investing Haven details various explanations for which XRP has a massive potential to boost its value to the moon by the end of the year. Probably the most important triggers are xRapid and Xpring.

Here are the three main catalysts seen by Investing Haven as the foundation of XRP’s surge in price this year.

Ripple revealed their plans that their various tech solutions will converge into one stack in which XRP will be playing a functional role.

The money will be flowing into Ripple’s token XRP, and their main argument is that there already are a lot of respectable clients that Ripple has.

No futures, but a bright future

And last but not least, the website notes that Ripple has no futures to short sell.

“The big issue with Bitcoin is that its astronomical returns will be capped, going forward, because of Bitcoin futures,” they posted.

Investing Haven continued and said that “However, money will still flow into crypto assets that do not have short selling with aiming at astronomical returns. We believe the XRP token is best positioned for this. In other words, futures did harm Bitcoin’s future potential, but will help Ripple rise to levels nobody believes in today!”

XRP’s price could see a massive surge this year after Ripple’s Brad Garlinhouse also announced that there would be a lot of new banks that will use the company’s products.