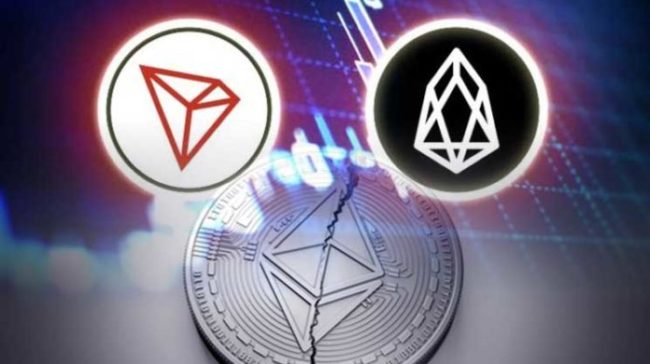 The Tron Foundation and Justin Sun can mark another achievement on their success notebook and the year has just begun. 2019 will most likely be another happy year for Tron filled with achievements.

Justin Sun has some pretty bold plans for Tron in 2019 and considering that most of his plans for 2018 ended up becoming a reality, things are more than optimistic this year as well.

2019 is expected to be the year of mainstream adoption for cryptos after the 2018 purgative year which made sure to separate useless coins from the ones that hold real potential and bring innovation in the crypto space and in terms of real-world use cases.

At the end of 2018, in December Tron was reportedly already hosting 83 dApps, and the network is aiming pretty high now.

They plan to overtake EOS in terms of dApps amount by the end of this month. It’s also important to note that EOS hosts 259 dApps on its own network.

Tommy Mustache crypto enthusiast is celebrating on Twitter the fact that the 24-hour volume of TronBet, the gambling app based on the Tron network managed to see a large transactions output.

He also said that “none of the other DApps from EOS [and Ethereum] are even coming close regarding transaction volumes (dollars).”

None of the other DApps from EOS is even coming close in terms of transaction in dollars.

EOS Dice has $8.1M in volume and it is their best performing DApps.

Mustache brought up EOS Dice, the project’s gambling dApp which boasts a similar caliber to TronBet. He noted that the smart contract transacted a relatively mere $8.1 million.

So, Tron is the leader in the dApp race.

Anyway, considering all the achievements from 2018 flaunted by Tron, and the great start for this year, now it might be a good idea to invest in Justin Sun’s beloved project if you haven’t already.