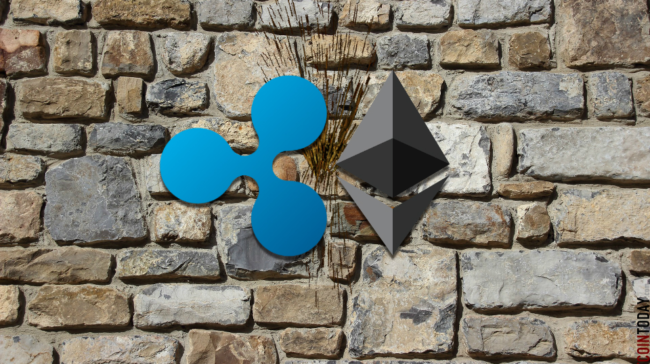 This past weekend marked a surge in value for the cryptos, and this eventually turned out to be the best news for Ethereum fans.

ETH climbed on the second spot and took the place of Ripple’s XRP which was occupying it until recently.

The two coins have been “fighting” for the second position, but other than that, the projects are different, and they are not competing with one another.

Over the past weekend, ETH was one of the major gainers in the crypto space, and it sits on the second spot at the moment. ETH is trading in the green, and it’s priced at $121.37.

Smartereum notes that “ETH price moved from $103 on Wednesday to as high as $125 on Sunday posting up to 21 percent gain during the period. The surge came in a timely manner as enthusiasts worried that the token would trade at double digits, breaking the $100 support as it did in December.”

ETH’s market cap also grew from just below $11 billion to 13 billion on Sunday, and this was quite a remarkable surge that helped it overtake Ripple’s XRP for the first time this year.

One of the things that might have led to the decline of ETH a while ago could be the delay of the planned upgrade, Constantinople.

XRP and ETH – Great investments for 2019

In terms of which coin is the best investment for 2019 between ETH and XRP, both have been placed on the second spot behind Bitcoin in terms of market cap. Both Ethereum and Ripple have working products.

Both Ethereum and Ripple’s XRP are great investment choices since they both have working products, strong teams, partnerships, alliances, and foundations.

As you have probably guessed by now, the best thing would be to invest in both tokens, because they are very different in terms of goals and partners.