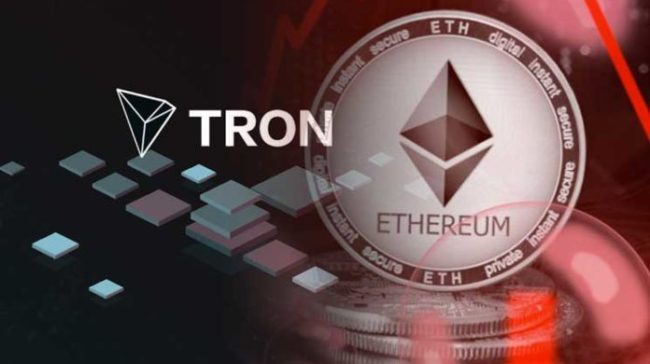 Most crypto enthusiasts are aware that there’s been a competition between Tron (TRX) and Ethereum (ETH) and now it looks like Tron is eventually the winner.

The Tron community is celebrating

The Tron community is celebrating a massive achievement because Tron defeated Etehreum in terms of dApps users and number of active users.

As expected, Tron’s CEO Justin Sun made the exciting announcement on his Twitter account, making the Tron community happy.

This latest data comes from data provided by Dapp Review which is one of the leading dApp ranking websites, as Zycrypto reports.

In order to become the winner, Sun made some significant movements such as buying BitTorrent and bagging some really important partnerships, besides the general developments and achievements.

Recently, Sun thanked Buterin for a remark that he had made a while ago about BitTorrent before it was bought by Tron.

Tron’s founder highlighted that Buterin praised BitTorrent as the first example of a truly successful decentralized application when Sun had not bought it yet.

Thank you @VitalikButerin for standing out! I have a secret campaign especially for you in #ValentinesDay! Don't forget to join it! #TRON #TRX $TRX #BitTorrent #BTT $BTT https://t.co/rQsVsLtBKf

Sun bought BitTorrent back in the summer of 2018 for $140 million according to some reports.

Sun’s followers also poked Buterin, as expected, but not everyone seemed against him.

“Not defending @VitalikButerin here, but don’t you see the irony here that BitTorrent was a decentralized system until @justinsuntron comes & buys it to centralize it & issues legally questionable tokens – and then he brags how decentralized it is with tokens he printed & controls,” someone posted in the comments section.