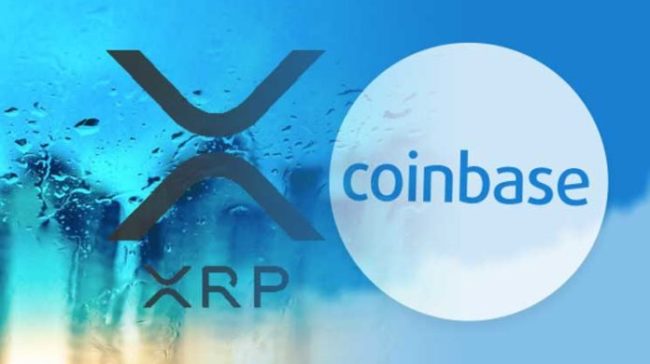 As it was recently reported, these have been some exhilarating days for the Ripple and XRP community. The week began in full force with a grand announcement coming from Coinbase.

Another one of their dreams comes true, and Coinbase Pro lists their favorite token on the platform.

According to Coinbase, the launch would first reach the users located in the US, UK, Canada, Singapore, Australia and the supported nations in the European Union. XRP is paired with EUR, USD, and BTC.

The XRP/USD, XRP/EUR, and XRP/BTC order books are now in full-trading mode. Limit, market and stop orders are all now available.

XRP is reportedly violating one of Coinbase’s listing rules

Well, it looks like whatever achievement Ripple or XRP may add to their bag, there always seems to be someone to slam it somehow.

Ripple’s digital asset seems to be violating a listing rule implemented a while ago by Coinbase, even though XRP just got listed on Coinbase Pro.

A report dating from February 26 reveals clearly that XRP breaks one of the exchange’s requirements to be listed on the platform.

In its “Digital Asset Framework,” Coinbase states that “the ownership stake retained by the team is a minority stake.’

Ripple holds around 60% percent of the supply in escrow with a release schedule.

“Last December saw Coinbase release a list of 31 potential candidate tokens to be listed on its exchange, and this week saw the first addition of the year, XRP (Diar, 10 December 2018),” the report mentions about XRP.

They continue and say that “Coinbase has now clearly abandoned one of their own pillars for the potential listing of a cryptocurrency.”

We recommend that you read the whole report released by Diar.