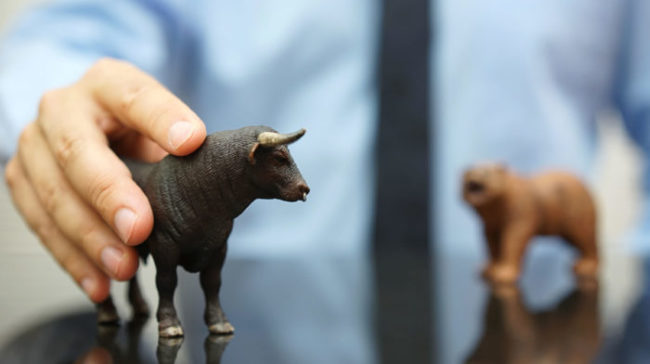 The crypto space has been flooded with a lot of bullish predictions this year, and it seems that the sentiment continues.

According to more crypto experts, we have already left the crypto winter and Bitcoin (BTC) has already hit a bottom, so we can expect brighter days in terms of price this year, but also in terms of mass adoption of the digital assets.

A really interesting crypto prediction comes from a trader who calls himself ScienceGuy9489.

The man is back with a series of bullish predictions on the price of the four leading cryptocurrencies by market cap, reports The Daily Hodl.

It’s also important to note that the trader’s BTC-related prediction “recently shot to the top of Reddit/Cryptocurrency, comparing Bitcoin’s price during the 2014-to-2015 bear market to the current state of affairs from 2018 to 2019,” the online publication writes.

ETH should be breaking out by April 24th pic.twitter.com/z8lwk9zMHY

Omkar Godbole, CoinDesk’s analyst, believes the same thing, and in his opinion, some bulls in the crypto market might be just around the corner ready to run.

“Bitcoin produced a similar pattern during the previous bear market witnessed in 2014–2015. More importantly, the upside break of that falling channel, confirmed in October 2015, was followed by a two-year bull market,” he said.

#Ripple #XRP set up for a break out opportunity at at moment. pic.twitter.com/DHxTI7mPX8

Godbole continued and said that “Therefore, a potential upside break of the latest falling channel could be considered a sign of a long-term bearish-to-bullish trend change.”

#LTC is trying to breakout. Other coins are also moving positive moves. pic.twitter.com/xJSc1Ew0D9

We reported just recently that ThinkMarkets UK chief market analyst is also here with a really important and bullish prediction of his own.

According to the man, an eventual surge of BTC to $400,000 is a really viable scenario.