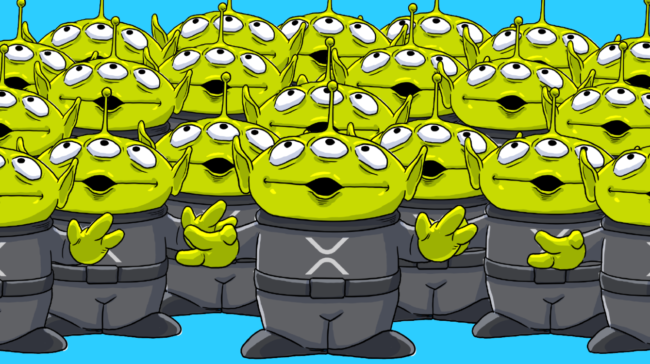 Ripple and XRP fans have their share of haters and they’re also really strict with their ideas and make sure to protect their favorite company and coin by all means.

CCN is a really popular online publication and today they revealed for their readers what had happened with the XRP Army of fans this Sunday.

CCN said that they had become the target of XRP enthusiasts.

The online publication begins the article by saying: “A group of us received an e-mail first thing this Sunday morning. A Ripple/XRP aficionado wanted to let us know we’re “very unprofessional” for interchangeably using the terms “Ripple” and “XRP.”

The article goes on and explains for its readers that the magazine doesn’t have an editorial policy regarding terms, and each one of their authors is free to use what term they believe is more convenient for readers.

CCN also made sure to slam the heck out of Ripple and XRP fans. Here’s what they wrote next: “Ripple fanatics believe that calling XRP “Ripple” is simply wrong. They want to be “crystal clear” – on what? Does anyone give a damn besides them? Why is a company 100% dedicated to the advancement of XRP reluctant to be confused with it? What in the actual hell? Imagine if Google and its fans got up in your face every time you said you were going to “Google” something.”

After that, they continued and slammed the XRP project as centralized, and the main conclusion was that XRP is tied to Ripple Labs and it’s in fact completely centralized.

If you recall we recently reported that something has recently happened which has been used as proof of decentralization by the XRP community. The Ripple servers were down for a while, and XRP continued to be transacted.