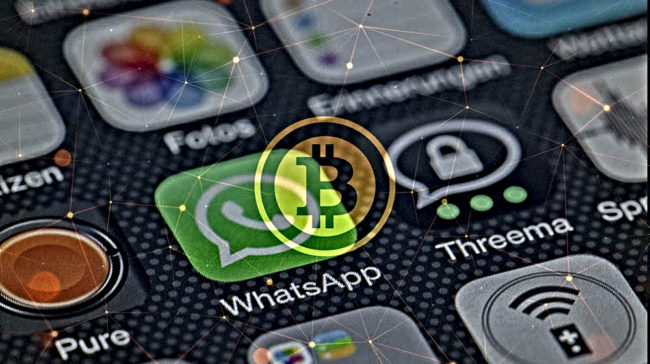 The latest reports are great for the mass adoption of crypto.

It seems that here’s a new crypto wallet that’s about to be launched and it will allow users to pay in BTC when they are on WhatsApp, Viber, Telegram and Facebook Messenger.

After the BTC trial, it has been reported that other coins will follow as well.

These social media channels will enable users to send crypto payments via SMS, according to UToday.

The online magazine mentioned Express.co.uk and reported that Wuabit is currently preparing to release its crypto wallet that can be integrated into the chat interfaces of popular messaging apps.

The will not only include WhatsApp but also Telegram, Facebook Messenger and Viber in the near future.

After BTC, it is said that ETH, XRP, BCH, and LTC will follow.

Sending crypto to your friends via SMS

The developers have revealed that this new product will be a program that is based on special AI algorithms.

The user interface of this amazing wallet will be a user-friendly one, and anyone will be able to get the hang of how things work.

It seems that you will just have to type a command line such as “send 100XRP to Jim” and the wallet will process the command and it will send the specific amount to the recipient.

This is going to be huge for crypto mainstream adoption which is one of the main goals that the crypto community has for this year.

XRP gets closer to mass adoption

You may recall that the coin was successfully integrated into the WooCommerce platform which powers 3.3 million online stores.

Now, blockchain startup Forte which is backed by Ripple just revealed that they are in the talks with more 40 developers who are considering bringing XRP into the world of gaming.

These are really important moves towards achieving the goal of XRP mass adoption.