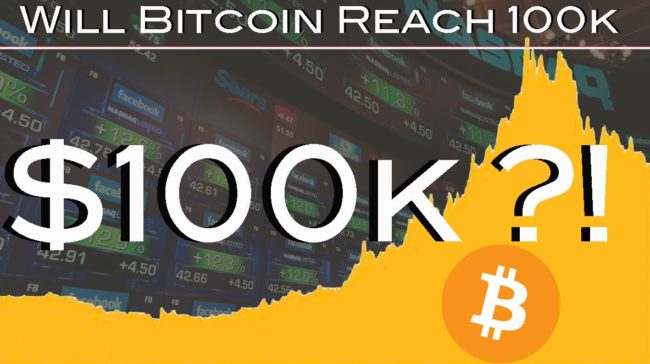 Bitcoin price-related predictions have been flooding the crypto space, and they have mostly been bullish.

Now, especially after the latest bull run which threw BTC over the $5,000 level, the new predictions are also favorable as well.

Chief market strategist at ThinkMarkets is in the headlines again after previously saying that BTC is poised to hit $400,000.

Now, he says that BTC is heading for $100k soon as he discussed the issue with Forbes.

Naeem Aslam said that it would not take long before retail investors enter back into the crypto space.

“The smart money is mostly interested in getting involved in a bear market because the risk to reward ratio is at its peak. Bitcoin has the potential to topple the $100,000 mark, and it is only a matter of time when this becomes a reality,” he said.

We recently addressed three significant reasons which might have triggered the most recent bull run.

If you recall,  Bitcoin managed to reach $5,106 on Bitfinex in just two hours, and the excitement kept surging as well. This was a new all-time high for 2019.

Mati Greenspan senior market analyst at eToro and said that the BTC rally which managed to push the price of BTC to an all-time high for 2019 is, in fact, an organic move.

The second potential reason is a BTC whale. More precisely, the CEO of crypto firm BCB Group said that BTC’s surge had been triggered by a single BTC whale in an effort to buy about $100 million worth of BTC across three crypto exchanges.

And the third reason for which BTC surged is, according to Binance CEO Changpeng Zhao, that the FOMO mode is engaged. He said that the BTC surge is showing the lots of big money is ready to jump in the crypto market.